Reese Witherspoon was spotted taking her little boy Tennessee James to Starbucks for a yummy treat after school on Friday(January 23). The little cutie walked alongside his mom as he tightly clutched onto his beverage. 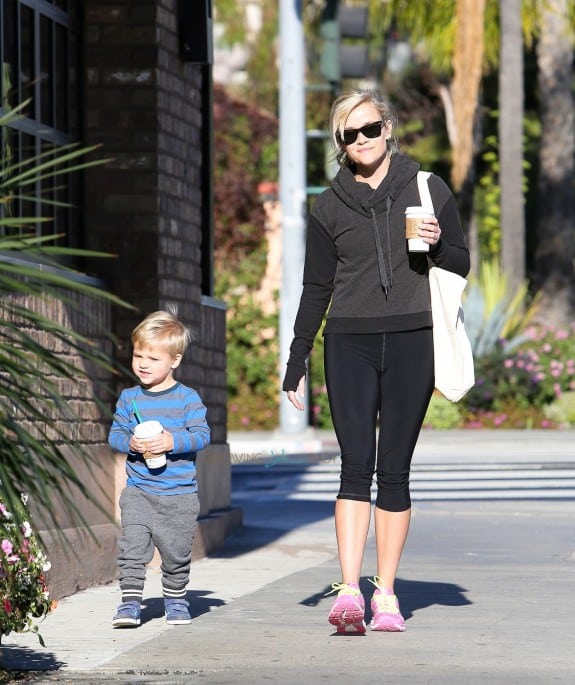 The petite actress made sure to keep a close eye on her adorable tot and decided to carry him as they met up with a  friend. 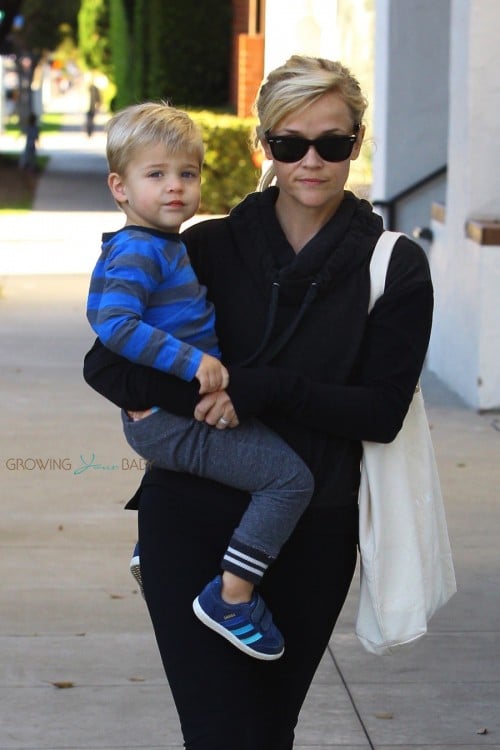 This Sunday Reese will present at the 21st Annual Screen Actors Guild Awards.  She is also nominated for Outstanding Performance by a Female Actor in a Leading Role for her role in the feature film “Wild”.  In addition, the actress received Golden Globe and Academy Award nominations for the same role this year.  Reese will go up against all of the ladies she was nominated against at the Golden Globes.  Hopefully she will bring it home this time!