One of the original properties when Walt Disney World opened in 1971, the Contemporary Resort is famous for its park monorail access and modern A-frame design.

As part of the ongoing evolution of the Disney Resorts Collection at Walt Disney World Resort, all nine floors of guest rooms in the A-frame Tower at Disney’s Contemporary Resort are being completely reimagined. 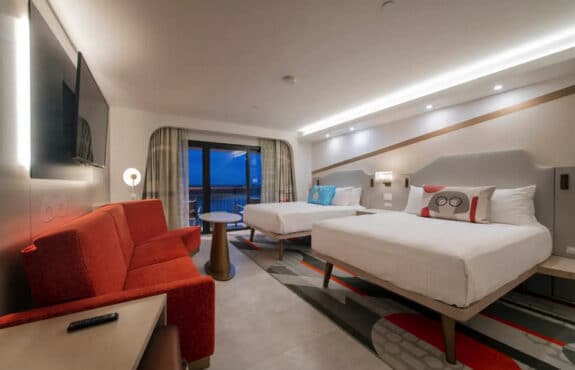 These rooms will blend a sleek Monorail motif with some favorite characters from Pixar Animation Studios’ Incredibles films, including Jack-Jack, Frozone, and Edna Mode. 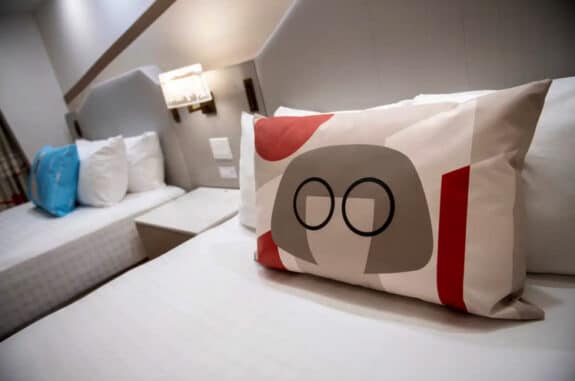 New custom artwork in guest rooms and along guest corridors will be modern, futuristic and oh so stylish, dahling, complementing the resort’s architecture while putting the Supers’ powers on display. 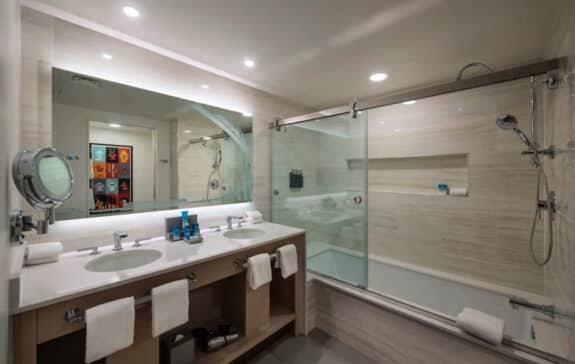 How awesome are the ‘costumes’ in the closet? 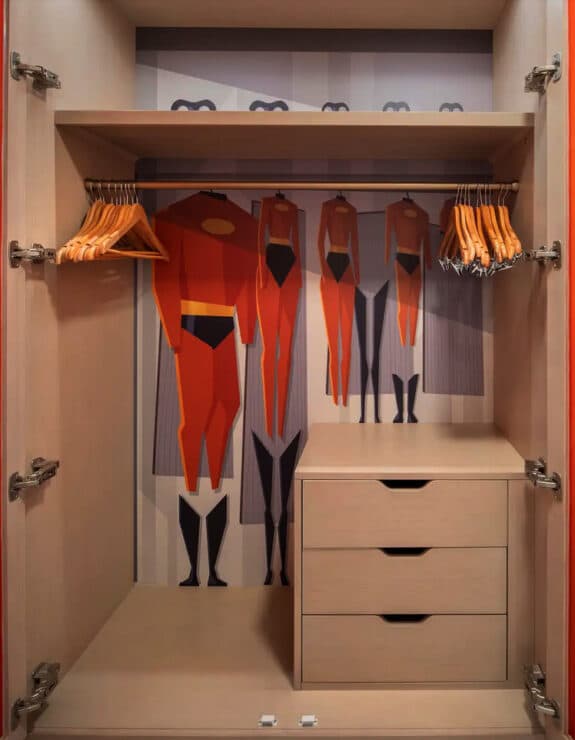 And the ‘spy supplies’ in the drawer? 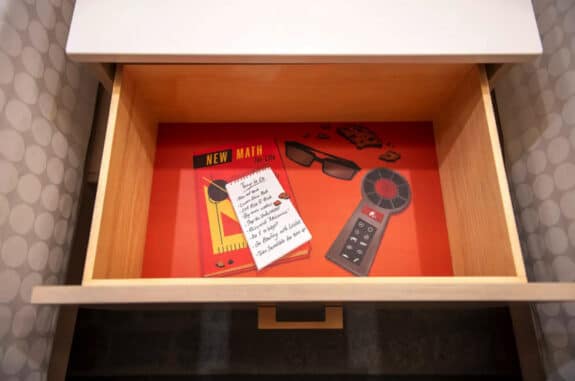 No one does detail like Disney so it will be excited to see what other magic they have in store when the rooms open to the public!