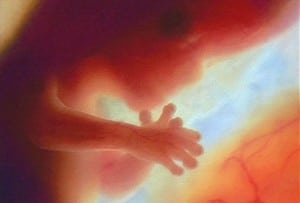 Stillbirths and the trauma associated with it are hard to deal with for any woman, but new research suggests that there are certain ways that can lower risk of some factors that lead to stillbirths. Researchers also say that cause of deaths for many stillbirths can be found.

Researcher George Saade, MD, professor of obstetrics and gynecology and chief of the division of maternal-fetal medicine at the University of Texas Medical Branch at Galveston says,

“The good news is, a lot of the risk factors that are known early in pregnancy are changeable.”

Among these risk factors that can be changed are losing weight, if needed, not using illegal drugs, and not smoking at least three months before becoming pregnant.

1 in 160 pregnant women each year in the use go through stillbirths defined as fetal death in 20 weeks of pregnancy or later. Annually 26,000 infants are stillborn in America.

The research is published as two studies in the Journal of the American Medical Association.

The team evaluated 614 stillborn infants, comparing them to 1,816 infants delivered healthy between March 2006 and September 2008 at 59 U.S. hospitals.

The other maternal factors associated with stillbirths that the researchers could point out were, women with diabetes, who were 40 years or older, having AB blood type, of African-American origin, not living with a partner, having previous stillbirths or having multiples.

But the risk percentage of these factors ranged.   For women who smoked at least three months prior to becoming pregnancy the risk of stillbirth was 1.5 times higher and for those who had a previous stillbirth, the risk increased by 6 times.

Saades says, “It’s important to start prenatal care early, so that any of these risk factors can be addressed.” He adds though, “The changeable risk factors still account for a rather small proportion of the risk,” probably less than a quarter of cases,

The doctor says there are other risk factors still unknown.

The research also points out though that some risk factors are not as bad as they seem to be. Like the case of women with previous stillbirths.

“The majority of women with a previous stillbirth have a live birth in a subsequent pregnancy.”

For the second study where the team wanted to find out the reason of death of the stillborns, the autopsies showed them probable or possible cause of death in 390 of them, with 312 of them having a probable cause studying cases in 59 hospitals between March 2006 and September 2008.

“A cause of death can be found in the majority of cases,” says study researcher Bob Silver, MD, professor of obstetrics and gynecology at the University of Utah in Salt Lake City.

The most probable cause of death of the fetus were obstetric complications, placental abnormalities, fetal genetic or structural abnormalities, infection, umbilical cord abnormalities and high blood pressure or other health problems in the mother.

Silver stresses that many women are reluctant to get autopsies done on their stillborn babies, but says that it is very important.

“We think it’s really important to find a cause,” he says. “It helps facilitate emotional healing and closure for parents. Almost invariably, they want to think about another pregnancy.”

The autopsy with an evaluation of the placenta, and genetic testing on the baby can help in counselling parents for future pregnancies.

Gene Burkett, MD, professor of obstetrics and gynecology says both the studies are important as stillbirths were still an understudied subject.

He adds that one of the problem areas reflected by the cause of death study shows placental problems that might be treated so as to safeguard future pregnancies.

He also says that the studies point to the need of good and early prenatal care, especially for those who are now known to be at a higher risk.