Home » Research: Nearly 1 Million Kindergartners Could Be Misdiagnosed With ADHD 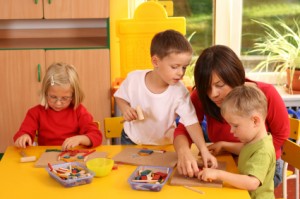 The diagnoses of ADHD in children continue to grow and grow. According to new research, however, there may be more misdiagnoses than actual cases among kindergartners in the US.

Two studies recently found that a child’s age may have more to do with their diagnoses of ADHD than their actual condition. The research studies found that the youngest children in their classes during kindergarten are most likely to be labeled as ADHD and be on medication. Those who were born closer to the cutoff date for kindergarten have significantly higher chances of seeing an ADHD diagnoses than their classmates.

One of the studies was done by Dr Todd Elder, assistant professor of economics at Michigan State University. Looking at a sample of 12,000 children, he found a significant correlation between a child’s age, how the teacher perceives the child, and whether the child will be diagnosed as ADHD. Being the youngest in the class often made a child a target for diagnoses because of normal age differences.

“If a child is behaving poorly, if he’s inattentive, if he can’t sit still, it may simply be because he’s 5 and the other kids are 6.”

“There’s a big difference between a 5-year-old and a 6-year-old, and teachers and medical practitioners need to take that into account when evaluating whether children have ADHD,” he urged.

Dr. Elder estimates that the misdiagnoses rate is near 1 in 5 children. This means that of the 4.5 million children already diagnosed, there would be 900,000 that have been misdiagnosed and are receiving unnecessary medication.

Researchers from North Carolina State University, Notre Dame and the University of Minnesota also found evidence that Dr. Elder’s study is correct. Together, the three universities looked at children who were born just before the kindergarten eligibility cutoff date and those born shortly after. They found discrepancies in rates of ADHD diagnosis and treatment based on small differences in birth dates of the children. Children who were born after the cutoff were 25 percent less likely to receive an ADHD diagnoses than those who were born before the cutoff date.

Dr Melinda Morrill, a research assistant professor of economics at NC State, looked at two national health surveys and a national database of private health insurance claims between 1996 and 2006. A significant discrepancy between children even just a few days apart lead the researchers to conclude that there is a problem with inappropriate diagnosis in young children.

“This indicates that there are children who are diagnosed (or not) because of something other than underlying biological or medical reasons,” said Morrill.

“We believe that younger children may be mistakenly diagnosed as having ADHD, when in fact they are simply less mature,” she added, drawing the same conclusion as Elder in the first study.

While neither study wants to downplay the existence or significance of ADHD in children, it is important to make sure that children are not being diagnosed and medicated for simply being younger and less mature than their classmates. – Summer, staff writer