As Zika Virus cases continue to climb around the world, the biggest concern is for pregnant women. And while the information from health officials has been slow, one study out of Paris, France is shedding some light on the birth defect risks. 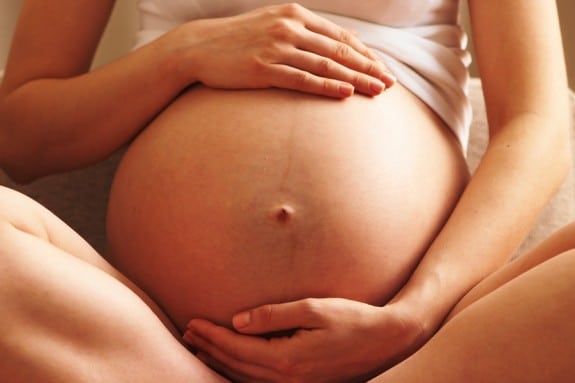 Zika virus is transmitted to people primarily through the bite of an infected Aedes species mosquito. About one in five people infected with Zika virus will develop symptoms, which include fever, rash, joint pain, and conjunctivitis (pink eye). Other commonly reported symptoms include myalgia, headache, and pain behind the eyes. The illness is usually mild with symptoms lasting from several days to a week. For pregnant women it can cause miscarriages or microcephaly, a condition that is associated with problems in the formation of the skull, genetic issues, Down syndrome or a lack of oxygen to the brain.

It is now know that Zika increases the risk of microcephaly by fifty-fold. But will every woman who has contracted the virus while pregnant have a baby with a birth defect? Researchers say no.

“The first trimester is the most critical,” lead author Simon Cauchemez, a scientist at the Institut Pasteur in Paris, told AFP.

By their calculations, a woman infected by the Zika virus during the first three months of pregnancy faces a one-in-100 chance her child will suffer severe brain damage.

This is a far cry from an earlier study that was conducted in Brazil where researchers estimated the chance of birth defects for mothers carrying the virus during pregnancy at more than 20 percent.

Brazil has been hardest hit by the Zika Virus, with some 1.5 million people infected and 745 confirmed cases of microcephaly.

On its own, Zika is fairly harmless. It comes off like a bad cold or a mild flu. In many cases, people don’t even know they have it.

“We think that about 80 percent of people infected show no symptoms at all,” Cauchemez said in an interview.

But for couple’s who are expecting or those who are trying to have a baby, the risks are more severe, which has prompted government officials to warn travellers against going to known Zika Virus locations if they are celebrating a babymoon or are looking to get pregnant in the next 3 months.

Since it was introduced into Brazil last year, the mosquito borne virus has spread explosively across Latin America and the Caribbean, with more than 20 countries reporting cases.

This Summer health officials believe that it could potentially be an issue in 50 U.S. cities. 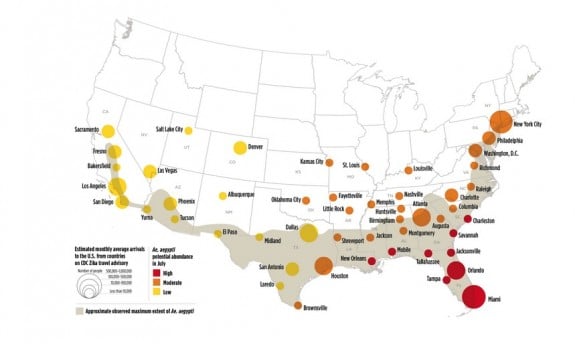 NCAR scientist Andrew Monaghan does not believe, however, that it will spread as widely as in Latin America and the Caribbean as many Americans live and work in air-conditioned and largely sealed homes and offices.

Currently there isn’t a vaccine or medication that can be take to prevent individuals from contracting the virus so travelers are strongly urged to protect themselves by,