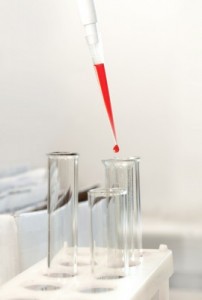 Back in the 1960’s, only 4 or 5 out of 10,000 children received an autism diagnosis. Today, approximately 1 in 88 U.S. children are diagnosed. Part of the drastic increases in cases has to do with the fact that a child had to be severely delayed to be diagnosed in the 1960’s. The improved diagnosis process is also a contributing factor. But even over the past couple of decades, the rates have continue to spike, which has led some to believe that there are other factors involved. Whatever the reason for the increase, more and more researchers are looking for a cure, or a treatment, that will help improve the lives of autistic individuals and their families.

While medications for aggression and other specific symptoms exist, there still isn’t a specific drug that covers the gamut of symptoms. Ranging from social communication issues to developmental delays, these symptoms can mildly or severely impair an individual’s ability to communicate and interact with the world around them.  Europe’s cutting edge autism research with the EU-AIMS program is just one of the many research projects looking for some sort of treatment option for autistic individuals; more specifically, they are looking for a drug treatment.

With advancements in everything from genetics to 3D imaging, scientists like Thomas Bourgeron, a world authority in autism genetics and researcher at the Institute Pasteur in Paris, new hope.

“Initially, there is a diagnosis of autism by a psychiatrist, this is very important,” Bourgeron told Euronews.com. “Afterwards, a blood test allow us to isolate a sample of DNA. Here we have all the chromosome – in this case 11 – of an individual. You can virtually explore the genome and sometimes we can see the signal falls. And what this lower signal shows is that this child has lost by one, two, three, four, five million letters. And when he has lost five million of these letters, he has also lost all his genes. In the laboratory we try to understand, among all these genes, which is or which are the genes responsible for autism in this person.”

There are dozens of genes responsible for autism. Some of those genes hinder the development of neurons and weaken the synapses (receptors that carry messages from one cell to another). Researchers have studied these genes in laboratories all across the world.

For example, European researchers in one lab created mice with a mutated genes. In one tray, they put two normally developed mice. In another, they paired a mutated mouse and a normal mouse. While the normal mice interacted normally, the mutated mouse showed no interest in interacting with the other mouse present. And, through their research, a link was found between the gene neuroligin-3 and inherited cases of autism. The mice missing this gene had an overactive glutamate receptor, which caused problems with both learning and brain development.

The King’s College in London has been working on a study involving 3D brain imaging.

“We try to use the brain information in a way that you see its richness, its three-dimensional richness,” Dean Murphy, a professor of psychiatry and brain maturation, and a researcher on the study said. “So if you imagine, for example, the surface of the brain looks like the Alps or the surface of a planet. So we try to take all the three-dimensional information available to us, to put that together to say: what’s the picture of the brain of someone with autism? How can I use that picture to identify individuals with or without autism?”

Richard Bergstrom, director general of the European Foundation of the Pharmaceutical Industries and Associations says that the point of using all these different studies and technologies is to come together and develop an effective treatment to help autistic individuals.

“What we’re now discovering in this project is that you need to bring all these different new technologies together,” he told Euronews.com. “So imagine we can see what is going on in the brain. The knowledge about genetics, the knowledge about proteins, it takes all this together and you can develop what we call bio-markers to have something to measure, because when you start leaving medicines you need to have some kind of measurement, we call that ‘endpoint.’ To study whether [the drug] is going to be effective or not.”