For some time now, we’ve believed that weaker immune systems are responsible for the increased illness susceptibility of infants. However, a new study says this simply isn’t true. In fact, their immune systems are actually stronger than those of adults. The real problem, researchers say, is that their T-cells (the work horses of the immune system) have a memory problem. 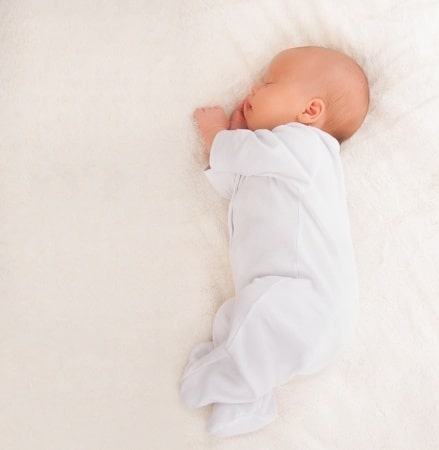 Led by Brian Rudd of Cornell’s College of Veterinary Medicine, the Cornell University researchers stimulated the immune systems of infants by exposing their cells to certain infections. The reaction of their immune systems were then compared to the responses of adult immune systems that had been exposed to the same types of infection.

Immune systems – whether found in adults or in children – are made up of a network of cells, tissues, and organs. All of them work together to protect against viruses, bacteria, and other pathogens. In adults, the immune system will form “memory T cells.” Once the body is exposed to a particular pathogen, it is committed to the T cell memory bank. About 10% of the cells inside this memory bank reside in the “long-lived memory pool” while the rest are on the ready for more common and frequent illnesses.

All of the memory cells, whether short-term or long-term, help the body better protect against the pathogen during the next exposure. This can help prevent illness altogether, or, at the very least, decrease the length or severity of the illness during subsequent exposures. This system was found to be intact in the adult immune systems, but it was a very different story in the infant systems.

According to researchers, the infant immune systems responded faster, and with more strength than the adult immune systems. However, those cells were short-lived, and they never made it into the memory pool.

“So the immune system is forced to start learning the process over again when infected by the same pathogen later in life,” Rudd explained in the Journal of Immunology published study.

Rudd and his team believe that this new information may help provide them with the key to discovering a better, more effective vaccine for infants – one that might protect children from infectious diseases for which no long-term immunization exists.

“The perfect vaccine would be a single dose given at birth that generates long-lasting immunity,” Rudd said. “No such vaccine exists because we haven’t understood why infants rapidly lose immunities. Our finding could change the way we immunize infants and ultimately lead to more effective ways of enhancing immunity in early life.”

He added that he and his team would also like to conduct further studies to try and find a way to get infant cells to respond more like adult cells, that way, they could learn from vaccines and hopefully respond more effectively to threatening infections before the illness has a chance to do any serious damage.

Another key may also rest in a study conducted last year. Reported by Medical News Today, the study suggests that immune-suppressing cells may also be a cause behind the infection vulnerability in newborns. When transferring adult immune cells of mice into infants, researchers found that the adult cells did not produce protective immune system cytokines. Instead, they produced protective cykotine TNF-alpha, which helps boost the protective response of the immune system against infection.

“Our findings fundamentally change how we look at neonatal susceptibility to infection by suggesting it is caused by active immune suppression during this developmental period, as opposed to the immaturity of immune cells,” author on the study, Sing Sing Way, had said.