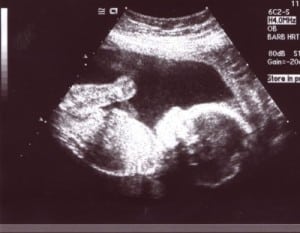 Preeclampsia is a pregnancy condition that can be fatal. Signs and symptoms of preeclampsia can include swelling of the hands, face or eyes, excessive or sudden weight gain, headaches, changes in vision, agitation, abdominal pain and decreased urination. Protein in the mother’s urine is usually checked if preeclampsia is suspected. Currently, the only cure for preeclampsia is delivery of the baby.

Researchers now believe that preeclampsia may be caused by a battle between the mother’s uterus and the baby’s placenta. Made up of cells called trophoblasts, which are controlled by the father, the placenta’s primary goal is to pull nutrients from the mother during pregnancy through the uterus. The mother’s need to live counteracts the efforts of the father’s trophoblasts by sending lymphocytes to destroy the invasive cells.

Study leader Harvey J. Kliman, M.D, research scientist in the Department of Obstetrics, Gynecology & Reproductive Sciences at Yale School of Medicine stated, “We realized that these zones of necrosis are likely occupying the mother’s soldiers while the invasive trophoblasts sneak into her arteries, leading to more blood flow to the placenta and a bigger baby.”

If the diversion doesn’t work, then the mother’s uterus will attack the placenta. According to the researchers, this may be what actually causes preeclampsia, saying, “We believe that maintaining this balance could be the key to a healthy pregnancy free from preeclampsia.”

The study was published in the October 11, 2011 online issue of Reproductive Sciences.