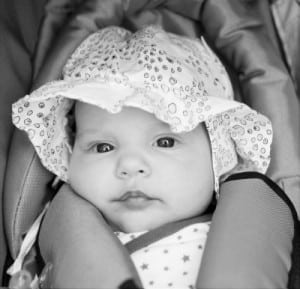 It has been 30 years since chemical flame retardants were removed from children’s pajamas after they were thought to be carcinogenic. But a new research shows that one of the chemicals is still used in baby products including nursing pillows, car seats and high chairs.

The research to be published in the Environmental Science and Technology Journal shows that chemical flame retardant chlorinated Tris is still prevalent in the products although it does not highlight whether kids are absorbing the chemical.

The research shows that kids who are exposed to products containing the chemical have a higher exposure to the carcinogenic material than what is recommended by the government.

In the 1970s one of the research authors Arlene Blum, a biophysical chemist, was part of the team that researched on Tris flame retardants and led to the elimination of the chemicals like chlorinated Tris from children’s pajamas. Although the product was not banned at that time, the Consumer Product Safety Commission had said, “may pose a significant health risk to consumers.”

During recent research the scientists analysed 101 baby products and more than a third contained the high risk chlorinated Tris. In total, 80 products contained chemical flame retardants of some kind though most were legal to use. One changing pad had 12 percent of the chemical retardant in the foam while most other products had retardants in the range of 2 to 3 percent.

The researchers found 14 products with a flame retardant called TCEP that the State of California describes as cancer causing agent. 4 of them contain Penta-BDE that can build up in human tissues and which manufacturers voluntarily phased out in 2004. In the Us it is banned in some states including New York.

Dr. Blum, who is the executive director of the Green Science Policy Institute, a nonprofit organization that brings scientific data about toxic chemicals to policy makers stressed,

“Why do you need fire retardant in a nursing pillow? The whole issue is, they are toxic chemicals that are in our homes at high levels; and right now, people don’t know much about it,” she said.

“Not only do these safety standards contain flammability requirements, they also restrict the use of substances that are harmful or toxic and to which children might be exposed,” the association said in a statement.

The researchers noted that chlorinated Tris was not banned presently from use while a related compound brominated Tris was which had been found in the pajamas. Present research did not find this banned chemical.

Speaking on the research Gordon L. Nelson, a chemistry professor at Florida Institute of Technology feels that it is not very conclusive whether the chemicals are actually harming children as the study just mentions their presence. He also said that most children products were plastic wrapped and that prevented the chemical retardants from leaching out.

The professor has done research on fire retardants for years and therefore argues that while some feel the chemical flame retardants to be a threat, they have actually helped save lives due to fire deaths from upholstered furniture.

“The question is, in actual use, does the flame retardant come out?” Dr. Nelson said.

The research comes at a time when most manufacturers adhere to the Californian flammability rule passed out in 1975. It requires that polyurethane foam in upholstered furniture be able to withstand an open flame for 12 seconds without catching fire and therefore manufacturers add the flame retardants with the foam.

California exempted strollers, nursing pillows and baby carriers from the flammability standard last year and though Dr. Blum feels it is a good move, she is not sure if the products have actually removed the flame retardants. Also there are many other baby products that still use the chemicals. She strongly believes that these cancer causing chemicals may easily spread among people and pets from furniture to household dust.

Besides cancer, certain chemicals found are also associated with other health problems like neural problems and fertility issues.

Heather M. Stapleton the lead author of the research also highlighted that currently manufacturers do not need to mention the chemical flame retardants in the labels. Under the current law, the Environment Protection agency cannot ban or restrict these chemicals.

The American Chemical Council which represents the flame retardant manufacturers said in a statement post the research that,

“This study attempts to examine the existence of certain flame retardants in a small sampling of children’s products, it does not address exposure or risk.”

They also said that the products were well studied and provided important safety benefits.

The Consumer Product Safety Commission has been working on a federal flammability standard for past several years. They propose to ask the manufacturers adhere to flammability standards without use of chemical flame retardants. They said that additional research into the exposure and alternatives were needed in this front.