With the autism diagnosis rates at 1 in 88 children in the United States alone, more and more researchers are working to find methods that may help diagnose autism sooner. The hope is that by detecting autism earlier, intervention can take place sooner, giving autistic children a better chance at self-care and a higher level of functioning. Researchers in Texas are paving their path in the world of autism with a toy robot.

Standing only two feet tall, Zeno the robot gives lifelike facial expressions. Appearing as just a mere toy, researchers from the University of Texas at Arlington, the University of North Texas Health Science Center at Fort Worth, the Dallas Autism Treatment Center, Texas Instruments and Hanson Robotics believe that Zeno will be able to provide modern science with a better understanding of autism. 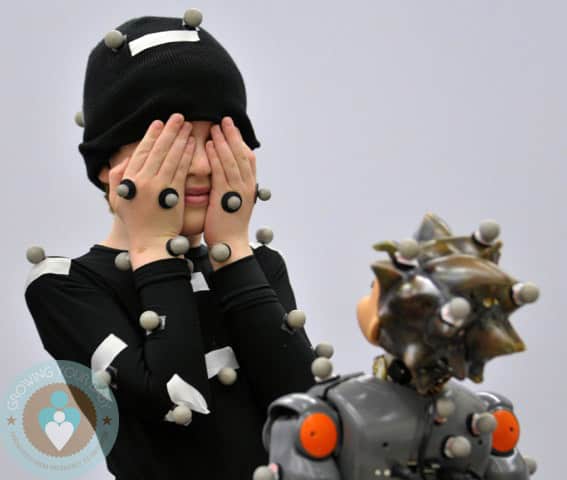 In most cases, autism spectrum disorders are not diagnosed until after language skills are developed. The researchers say, however, that there are motor skill issues that may help diagnose autism sooner.

“If we can look at a marker prior to language development, then we can diagnose children earlier and intervene earlier,” said Nicoleta Bugnariu, associate professor at the health science center and a physical therapist/neuroscientist.

Anthony Arceri, a 7-year-old autistic child, is one of the participants in the research project funded by the Texas Medical Research Collaborative. He interacts with the robot while wearing a black outfit covered with sensors. The robot, Zeno, is ready to play, and asks Anthony, “What is your favorite food?” Anthony’s response: “Chocolate milk and french fries.” Zeno replies, “I love chocolate milk,” and then raises his arm; Anthony mimics the movement. 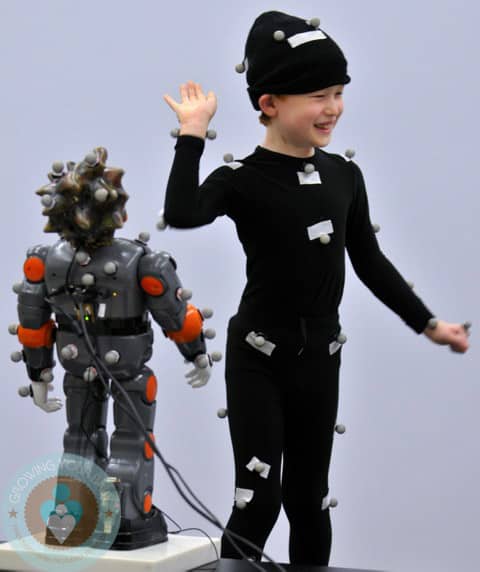 Zeno is a social robot. He responds to verbal commands and gestures. Dan Popa, an associate professor of electrical engineering at UTA and the lead investigator says that autistic children see Zeno as a toy, so he is less threatening to them than people.

“Autistic children are very drawn to this robot,” Popa said. “It’s easier for them to respond to this robot as opposed to an adult.”

Popa added that the long-term goal is to use robots, like Zeno, outside of a clinical setting. These robots can help teach autistic children how to interact and help them with movements.

Currently, three other children like Anthony are involved in the study, but researchers hope to gather at least 10. Virtual reality games are also used at the center. During one such game, Anthony walked on a treadmill that was surrounded by a 180-degree curved screen. Different scenarios, like a shooting gallery where he shoots at rubber ducks, are put into place while Anthony walks on the treadmill.

Between both types of technology, researchers like Carolyn Garver, the director of the Dallas Autism Treatment Center, hope that data otherwise undetected by humans can be gathered. Examples given included eye movement and body movements.

Pamela Rainville, Anthony’s mother, says that Zeno may not be the answer for everyone, but she takes Anthony because he enjoys it, so much so that he wants a treadmill and TV screen at home.

“I wouldn’t do this if he didn’t enjoy it. He likes trying new things,” she said. “I want to make sure that Anthony succeeds in life when I can’t be there to help him.”

She says that she also hopes that the work being done at the center will help other autistic children in the future.