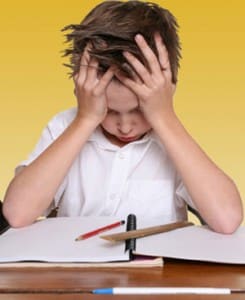 According to the most recent results from the Centers for Disease Control and Prevention, around 6.4 million American children have received an ADHD diagnosis in their lifetimes. This is an increase of 16% since 2007 and a 53% increase over the last decade. With statistics like these, it’s no wonder that ADHD has been a hot topic among parents, health care professionals, researchers, experts and government officials.

Much of the research done on ADHD has focused on internal factors, like genetics, genome mutations, brain function differences and more. But some scientists have recently started to take a look at external factors – factors that can actually be controlled. The most recent examination, conducted by Eugene Arnold, MD, a psychiatrist and ADHD expert at The Ohio State University Wexner Medical Center’s Nisonger Center and colleagues, looked at what is known as ‘The 3 S’s” – sunlight, sleep and screens.

Arnold and his team looked at ADHD statistics all over the world and compared them. Interestingly enough, the team found that places with more sunlight (Arizona, Colorado, California, Spain and Mexico – all places considered “sunny regions” because of their high solar intensity) had fewer ADHD patients. In addition, places with the least amount of sunlight had more cases of ADHD.

“It’s about a 2-to-1 ratio,” Arnold said. “There are many possible explanations. For example, with more sunlight, maybe kids get out more to play and get more of the exercise that, increasingly, we know is good for brain function.”

But screen time and lack of sleep may also play a part in the higher ratio of ADHD cases in these areas. After all, even adults notice they’re more irritable and have a harder time concentrating when they’re sleep deprived. Why wouldn’t it make sense to equate less sleep (which could possibly be exacerbated by screen time) with worsened ADHD symptoms?

“There’s a correlation with things like irritability, impulsiveness, inattentiveness – which are core symptoms of ADHD,” Arnold said. “And what’s robbing them of sleep may be their computer and TV screens. They emit a blue light that could be disrupting melatonin, which is the hormone that helps regulate sleep. Children’s duration of sleep has decreased over the past decade or two, since the introduction of those electronic devices.”

And would it be too far-fetched to consider that maybe this lack of sleep, sunlight and too much screen time is leading to an over-diagnosis of the condition? Some experts don’t believe so. In fact, there are some experts that believe children are too quickly diagnosed with the condition, and teachers, doctors and parents are all too quick to give medication for even the slightest indication that ADHD may be present.

“There’s no way that one in five high school boys has ADHD,” James Swanson, professor of psychiatry at Florida International University said in an interview with the New York Times. “If we start treating children who do not have this disorder with stimulants, a certain percentage are going to have problems that are predictable – some of them are going to end up with abuse and dependence. And with all those pills around, how much of that actually goes to friends? Some studies have said it’s about 30 percent.”

Tim Sutton, the Commissioner of Alamance County in North Carolina agrees. And he says that it seems to him that there’s a desire to nudge parents into actually believing their children have a condition they may not.

“I am concerned about our children,” he said in an interview with a local news outlet. “They are claiming that there are thousands of kids in this county who have got attention deficit disorder, and I’m not saying we don’t have some, but the ratio, I think, probably is higher than it would be because I think there is too much of an effort to push families and children into it.”

So why is over-diagnosis and over-medication matter so much? Well, other than the fact that children and families may feel pigeonholed or limited by a diagnosis, the long-term implications aren’t completely clear.

A recent study, published in the medical journal PLOS ONE, found that the long-term use of Ritilan can actually lower the drug’s efficacy over time. And if the medication is stopped, symptoms are even worse than they were when they first started taking the medication.

Obviously, more research needs to be done – both in the areas of ADHD causes and long-term effects of the usage of ADHD prescription drugs. But in the meantime, there may be some serious considerations for parents dealing with an ADHD diagnosis.

There is no denying that ADHD is real. And there are definitely children that have a hard time just functioning in their day to day lives. But are all cases diagnosed truly accurate? Is medication needed for the majority of those that are real? Only a parent can truly answer that question. It’s an answer that, most likely, isn’t easy to come to, especially when it seems that so many schools are eager to see children complying and fitting into the larger, less personalized classrooms from just a short decade ago. When, even just walking through the grocery store, stares and judgment are abundant for the parent of an inconsolable or disruptive child.

We tried to help him manage without medication for years, but in the end, we chose to medicate. Not because the school wanted him to take it so they could better manage him in the classroom (and trust me, they wanted him on it). Not because we received stares and whispers at the store or other public places (I learned to grow a very thick skin). But because, for him, functioning with medication is possible; life is more manageable. Because without it, he constantly feels out of control, overwhelmed and angry. He didn’t ask for his condition. But as his mother, I want, more than anything, for him to have a childhood that is as close to normal as possible. So the choice to medicate wasn’t for anyone else – not me, not the school, not the doctor; it was for him.

Every parent will reach their decision differently. But this was how we made ours.

If your child is medicated, how did you come to the decision to do so? Do you feel you’ve made the right choice? Why or why not?

Only 25% of All Sunscreens Provide Long-Lasting, Quality Protection