Last week, ABC News health expert, Dr. Richard Besser, warned that the cold-like enterovirus 68 epidemic would spread. It hasn’t taken long for us to see that he was correct in his prediction. In fact, as of Saturday, the confirmed cases of enterovirus D68 have spread to 21 states across the Midwest and East Coast, all the way from New Mexico to Montana to Delaware. And it’s only going to get worse, Besser says. 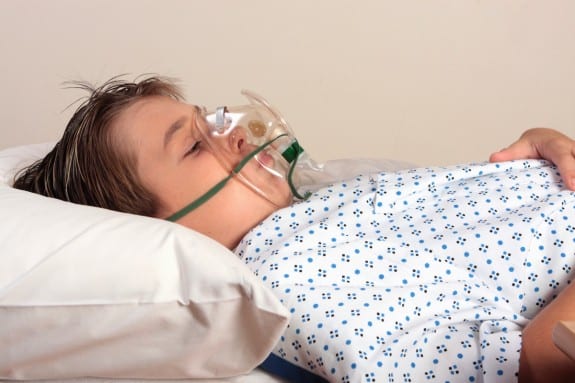 “It’s very hard for a virus to be limited by borders,” he told ABC News. “I expect that it’s going to hit the whole country.”

Enteroviruses, which generally cause cold-like symptoms, tend to crop up around the month of September. But this particular virus happens to be extremely rare, and it can be deadly.

Like most cold viruses, it is extremely contagious and it can live on surfaces like desks, pencils, and playground equipment. Symptoms of coughs and runny nose are the first to be seen, but within hours, wheezing can develop and breathing problems may ensue, especially for children under five and those with a history of asthma or breathing issues.

“The kids who have been getting into trouble are kids who have asthma or who have had wheezing in the past, children who have been premature,” he said. “You have to know those signs to look for for difficulty breathing. It may be that you hear wheezing. It may be that you’re looking at their belly and you see their belly pulling in really hard. Or they’re having trouble eating or speaking, or maybe some blueness around the lips. If you’re seeing that, if it starts like a cold and you see those signs, you want to get to the emergency room right away.”

It’s important for parents to know that symptoms can progress rather quickly, even in children that have not had any previous breathing problems. However, symptoms can easily be treated in the hospital, as long as they are administered quickly.

Though no vaccination currently exists for this particular virus, Besser says that frequent and proper hand-washing will go a long way in preventing the virus from spreading; this is particularly true for small children that are frequently putting things in their mouths.

“The best approach for prevention is what we talk about all the time for respiratory infections, colds and flus, and that’s really good hand-washing,” he said.

And, if your child is sick, you should keep them home so that they can be accurately monitored, and to help prevent the spreading of the virus within schools