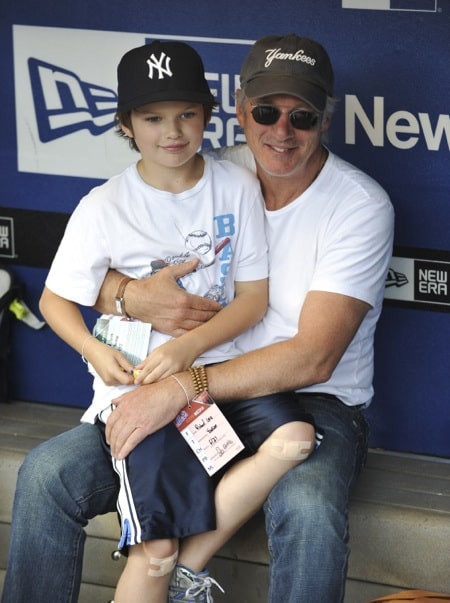 The actor and his son Homer James were lucky enough to sit in the New York Yankees dugout prior to the game.

The pair met with Yankees manager Joe Girardi, third baseman Alex Rodriguez and catcher Jorge Posada before their 5-0 win over the Mets.