Ricky Martin was photographed making his way through the Sydney Airport with son Valentino & Matteo on Tuesday. 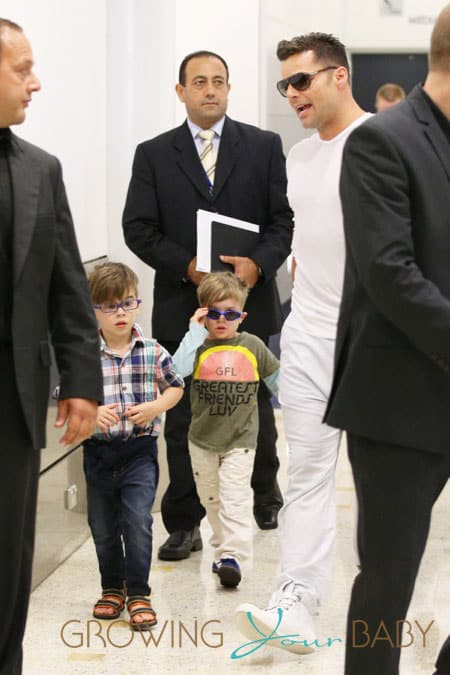 Joined by a nanny, the singer tweeted a picture of some items to keep the boys occupied along with a quick tweet saying, ‘Australia here we go! #longflight’

The twins didn’t look bothered by all of the media attention, instead they ready to start their vacation down under with Valentino in open-toed sandals and Matteo donning some shades and a layered tee. 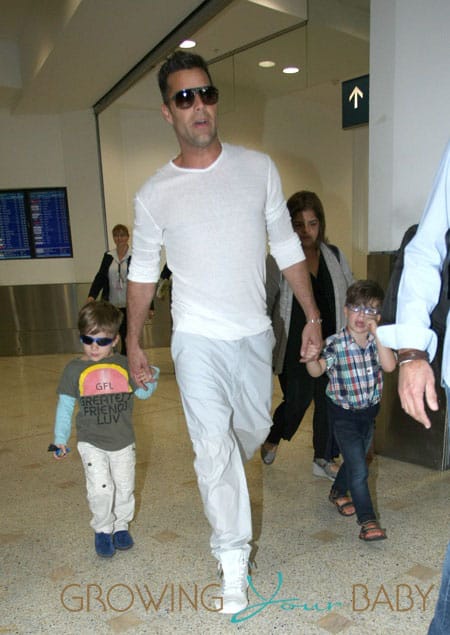 Arriving from Los Angeles, the family will call Australia home for the next few months while Ricky works on the popular singing competition, The Voice.

Because it is Summer down under, it is the perfect time to be visiting. Hopefully Ricky and his boys will make some time to hit the beach!