With less than a week to go Robin Thicke and his wife Paula Patton headed over to Mr. Bones Pumpkin Patch in West Hollywood to prep for All Hallows’ Eve! 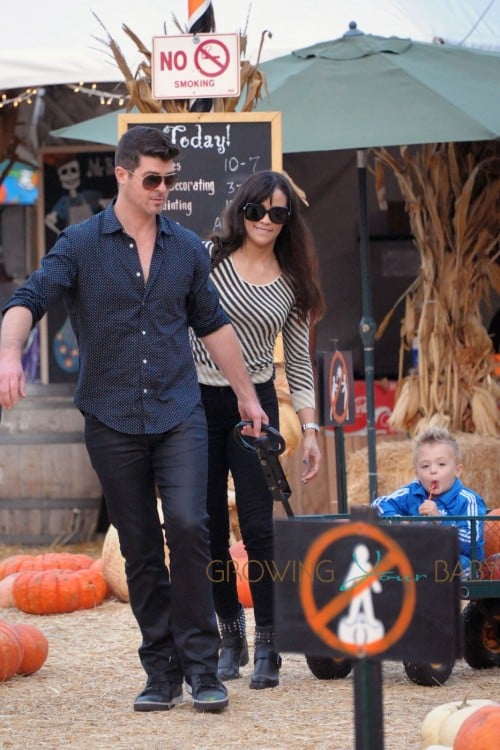 The pair was joined by their son Julian, who spent most of the outing hanging out in the wagon while his mom and dad picked out the perfect gourds. 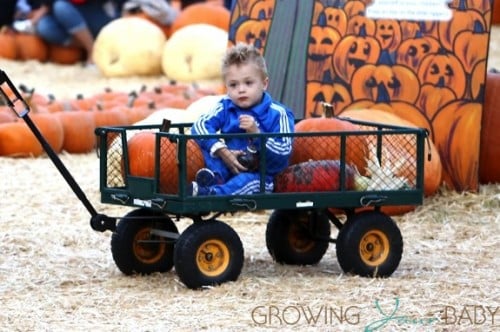 Cute in an Adidas tracksuit, he sipped on cider as his parents filled the space around him.

The family has been very busy over the last couple weeks travelling to the UK and France while Robin performed and promoted his album.  On their way home they stopped in New York City to attend the GQ Gentlemen’s Ball, where the singer was honored for his work with Doctors Without Borders.  He also took the stage to perform a few of his hit songs for the crowd.