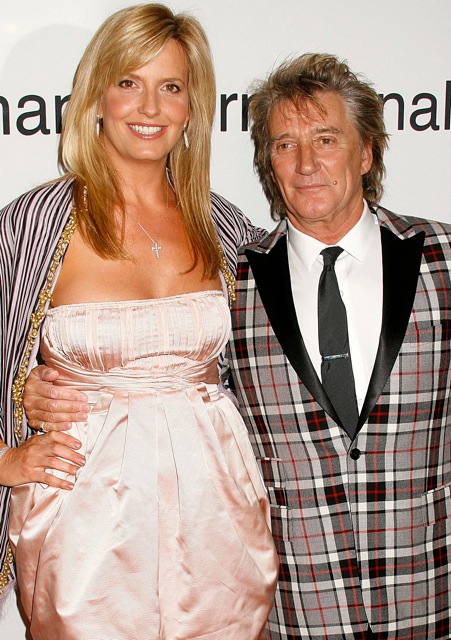 65-year-old Rod Stewart is due to be a dad for the seventh time!

It was revealed today that the rocker and his wife Penny Lancaster are expecting their second child together next spring.


The couple confirmed the exciting new in a statement,

“We were thrilled and delighted to be able to tell Alastair that he was going to be the big brother to a little baby, expected just before Mummy’s 40th birthday.”

Kimberly and Sean Stewart are his children with Alana Hamilton; Ruby, with model Kelly Emberg; and Renee and Liam, with Rachel Hunter.