Home » Ron Livingston Strolls With His Family in SoHo

Family day out!  Ron Livingston and Rosemarie DeWitt were photographed taking their baby girl Gracie for a stroll in Soho, New York on Thursday(October 9th). 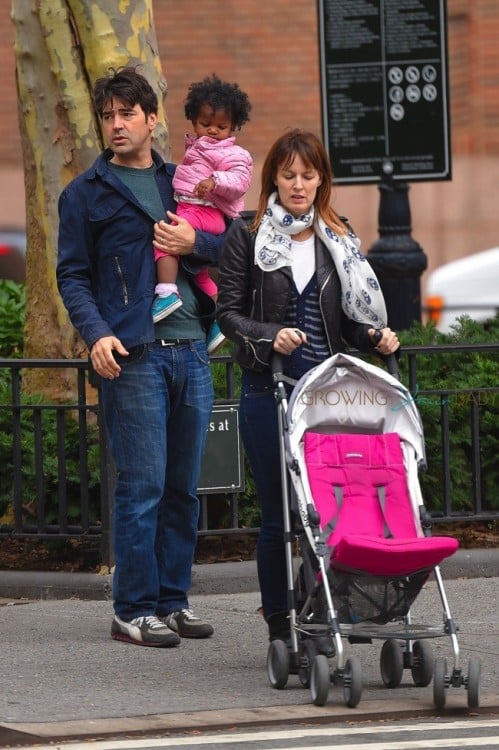 The couple switched off carrying their daughter as they made their way through the city. The pair, adopted Gracie last year.

Both Ron and Rosemarie have been busy working on quite a few projects. Ron has been filming We Hate Paul Revere in Los Angeles and in recent months he completed four films – all of which will hit theaters in the new year.

Rosemarie will spend a lot of time of the big screen in the coming months with Kill the Messenger in theaters this weekend, Men, Women & Children opening October 17th, and a third movie, The Week not far behind.