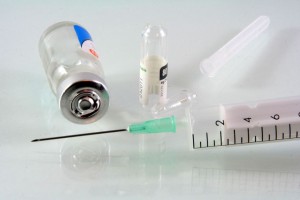 Parents of infants with Severe Combined Immunodeficiency (SCID) are being advised not to have the Rotavirus vaccine administered. Some infants have acquired a vaccine-acquired rotavirus infection according to reports.

Severe Combined Immunodeficiency (SCID) is a life-threatening condition that causes infants to suffer from infections more easily. Though rare, there are 40 to 100 new cases in the United States annually. Most infants are diagnosed after a serious illness due to infection.

Since 2006, there have been 8 reported cases of vaccine-acquired rotavirus in infants with SCID. The cases were from the US and Australia, three of which were reported to the Vaccine Adverse Event Reporting System. The infants were all young, between 3-9 months, and had received 1-3 of the rotavirus vaccines. The infants were diagnosed with rotavirus, as well as several other infections.

The Centers for Disease Control and Prevention (CDC) and US Food and Drug Administration (FDA) have both changed their recommendations on the rotavirus vaccine for infants with SCID. Both now advice that the vaccine should not be administered to any infant diagnosed with SCID, due to possible infection. Merck Co and GlaxoSmithKline Biologicals, the makers of the rotavirus vaccines, have both changed their vaccine information to show this change.

According to the Advisory Committee on Immunization Practices, infants should begin receiving the rotavirus vaccine between ages 2-4 months. Most infants who have SCID are diagnosed between 4-7 months, overlapping the vaccine timeframe. The CDC warns parents who suspect their infant has SCID to see an immunologist or infectious disease specialist before receiving the rotavirus vaccine.

Infants with SCID generally experience chronic diarrhea, failure to thrive, and frequent infections. It is commonly known as “Boy in the Bubble Syndrome”, made famous by David Vetter who lived in a sterile plastic bubble until his death at the age of 12. Most infants with SCID, if not treated, die by their first birthday. – Summer, staff writer