Back in 2006, the Centers for Disease Control and Prevention began recommending a new vaccine – the RotaTeq. It was designed to protect children from rotavirus – a contagious gastrointestinal condition that causes severe diarrhea, vomiting, fever and abdominal pain and often leads to dehydration. Then, in 2008, another version, Rotarix, was introduced. Experts are now saying that, since their conception, they’ve saved lives and more than a billion dollars in health care costs. 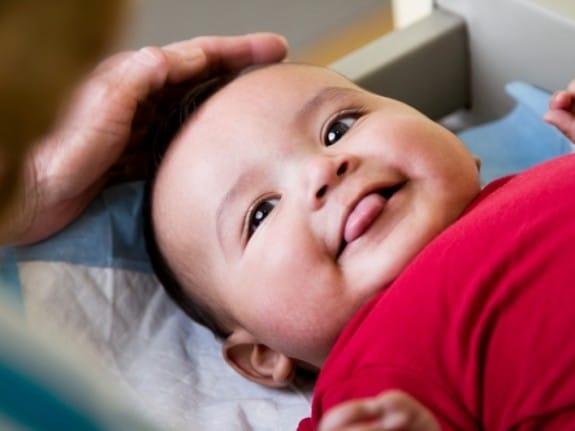 The costs – which come in the form of 176,000 fewer hospitalizations, 242,000 fewer emergency room visits, and 1.1 million doctor visits among children under the age of five – are just a drop in the bucket when it comes to the overall impact of the vaccine; the real cost is in the lives that are being saved.

Even with the best of care, 60 young lives were lost to rotavirus each and every year. While no information is available on the number of deaths since 2008, the CDC says that in Mexico, where the vaccine was first introduced, death rates dropped between 30% and 40% in the first three years.

But those vaccinated directly aren’t the only ones receiving benefits; according to a recent study, published in the journal of Pediatrics, the steep decline in the number of rotavirus cases suggests there are herd immunity benefits being received by communities all over the countries. This phenomenon happens because there are fewer sick people to contract and spread the disease, so fewer people get sick.

“The data show so clearly that vaccines work,” Claire McCarthy, a pediatrician at Children’s Hospital Boston, told USA Today. “They keep us healthier. They cut health care costs. And when people don’t immunize, it leads to outbreaks.”

Outbreaks like the 300 plus cases of measles in California earlier this year, as well as the recent Minnesota measles outbreak, which led to a total of 22 confirmed measles cases. Ten of those cases were in children old enough to receive the vaccine, but hadn’t.

But it’s not just severe conditions, like measles, mumps, rubella, or polio we need to be concerned about; simple illnesses can cause death as well.

“People think, ‘With modern medicine, we can take kids to the doctor and they can fix everything,” Julie Boom, associate professor at the Baylor College of Medicine, who wasn’t involved in the recent study, told USA Today. “But there are 150 pediatric deaths every year from influenza, many in previously healthy children.”

And chickenpox – what was once thought to be just a normal childhood illness that was nothing more than a short-term nuisance – used to kill around 100 Americans and send almost 11,000 to the hospital, each and every year. About half of those deaths were in adults, who are much more likely than children to suffer from severe complications, but even adults who are too old to have received the vaccine are showing herd immunity benefits.

In fact, Roger Baxter, a lead author on a study of the chickenpox vaccine from Kaiser Permanente Vaccine Study Center in Oakland, California, says that chickenpox infections have declined 90% to 95% in children between the ages of 5 and 19 over the last two decades.

Yet, with all the evidence, there are still parents that are adamant about not vaccinating their children. The reasons, which vary from concern over safety to speculation that vaccines could lead to autism, are often based out of fear, McCarthy told USA Today.

“Vaccine hesitancy isn’t about data and information,” McCarthy says. “It’s about fear and distrust. Somehow, that’s what we need to understand better and fight if we want to save more people from vaccine-preventable diseases. Instead of just telling people that vaccines are safe and effective, maybe we need to listen – and ask people what would make them less afraid.”