Home » Rudolph and Santa Cause Controversy in Murrayville 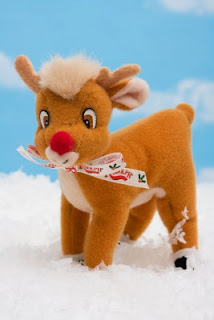 Rudolph the Red-Nosed Reindeer was almost grounded at Murrayville, North Carolina Elementary School this week after a parent complained about the Christmas song’s inclusion in her daughter’s upcoming kindergarten concert.

The objecting parent was upset about the words “Christmas” and “Santa” in the song, feeling that they carried religious overtones.

That prompted the song to be pulled from the upcoming holiday concert, which in turn upset more parents.

The county school administrators and lawyers determined the song was just, well, a secular song about a make-believe reindeer so it has been re-included in the upcoming play that will be performed next Tuesday.

“They’ve determined that it signifies just a day in time, Dec. 25, not the promotion of a religious symbol,” said Ed Higgins, chairman of the county Board of Education. “So Rudolph is back in.”School officials also found the use of “Santa” to be okay because he’s considered a nonreligious figure.

The kindergarten chorus’ holiday concert for the school’s PTA will now include Rudolph along with the songs “Winter Wonderland,” a snowman rap and “Jingle Bells.”

“They have clearly decided that any other religion or custom is not important,” the objecting parent said after learning about the reversal on “Rudolph.” She asked that her name not be published, to shield her daughter’s identity.

The mother, who is Jewish, said she was trying to have a Hanukkah song added to the musical lineup but had not received a return phone call about it from school officials by mid-afternoon Friday.

“If we had enough time in the PTA program to sing a song for every single interest and value system, then we could do it,” she said. “But when you can’t do that, you go to universal values that are agreed on by every faith, every denomination. We wouldn’t want to leave anybody out.”