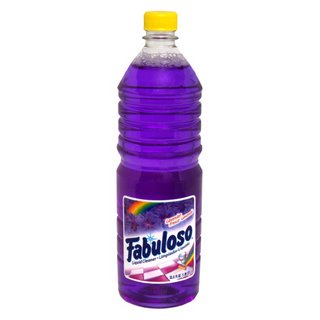 No, they’re not energy drinks. They’re all-purpose cleaners that can be harmful if swallowed.

The problem is that such packaging may entice children to take a gulp. Furthermore, these cleaners do not have child-resistant caps, nor are they required to. And some labels lack crucial information, such as what to do in case of accidental ingestion or the phone number for poison control centers.

On store shelves, we found numerous such cleaners, such as Fabuloso by Colgate-Palmolive, Mistolin by Mistolin Caribe, and Festival by AlEn. Some store brand cleaners were similar in appearance.

The Poison Prevention Packaging Act requires child-resistant packaging if a product contains certain caustic or otherwise hazardous chemicals that these products apparently do not contain. Federal law also prohibits toxic formulations from being sold in packaging that looks like a food container. But a spokesperson for the U.S. Consumer Product Safety Commission characterized such containers as “general purpose.” Since labels describe the products as cleaners, they comply with the law, the CPSC says.

The American Association of Poison Control Centers says that in 2004, the most recent year for which statistics are available, cleaning products were involved in nearly 125,000 poisonings of children younger than 6. And about 30 children under age 5 still die each year from unintentional poisonings. Data for all-purpose cleaners like those noted above were not available by brand, though we are aware of two accidental ingestions involving Fabuloso and one involving Mistolin reported to the CPSC by hospital emergency rooms. None of the three resulted in a death.

In addition, the Wisconsin Department of Agriculture, Trade and Consumer Protection conducted an investigation into and analyzed the contents of Fabuloso after a consumer alerted the agency of the potential hazard of the product. “Under Wisconsin law, this product does not require a safety cap and is not in any violation of our law,” said Glen Loyd, a spokesperson for the agency. “But these companies must ask themselves if they can do more so people won’t mistake these cleaners for a soft drink.”

As for Mistolin, the Connecticut Poison Control Center at the University of Connecticut Health Center warned consumers in 2004 about the cleaner, “a cleaning product with packaging very similar to a sports drink and contents that are colorful and have a sweet and fruity smell,” after a teenager took a swig, mistaking it for a beverage.

Consumers Union, publisher of Consumer Reports, believes that cleaning-product manufacturers should avoid package designs and product scents that resemble food and drink, because young children can be attracted to them. At the very least, they should use child-resistant caps.