Home » Sam & Seraphina Ride The Carousel At The Market

Jennifer Garner was photographed grabbing a bite with her youngest two children, Seraphina and Samuel at the Brentwood Country Market on Wednesday morning. 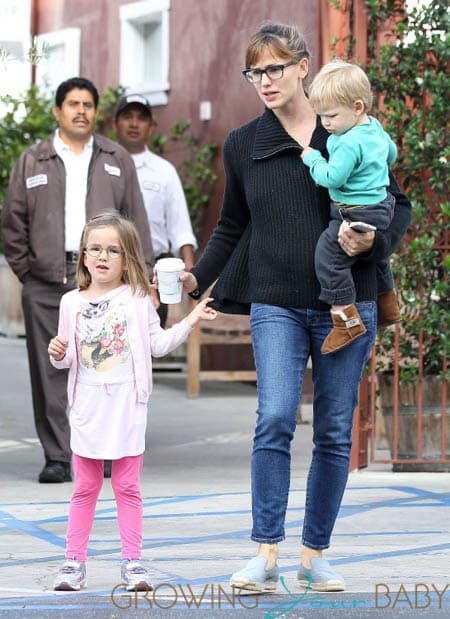 The actress, who is a regular at the upscale European coffee shop, Caffe luxxe, was dressed for comfort in jeans, a sweater and a pair of slip ons.

On the way out she treated her kids to a ride on the tiny carousel that was parked outside. How cute is Sam riding the lion? 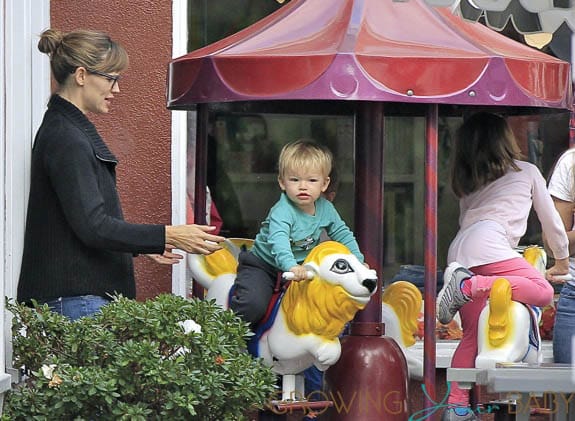 With her career back in full swing, expect to see Jennifer on the big screen quite a bit in the next year.  The film Dallas Buyer’s Club, which she co-stars with Matthew McConaughey premiered at the Toronto Film Festival last week, but won’t be out in theaters on November 1.  In addition, she wrapped Draft Day this Spring, but has been filming two movies over the last couple weeks; Imagine That and Alexander and the Terrible, Horrible, No Good, Very Bad Day.