Home » Sarah Jessica Parker Trick Or Treats With Her Twins

Sarah Jessica Parker was photographed out with her twins Marion and Tabitha for Halloween in the West Village, New York City.

The actress was stylish in a grey sweater, skinny jeans and a fedora, while her girls were dressed as a vampire and cat. 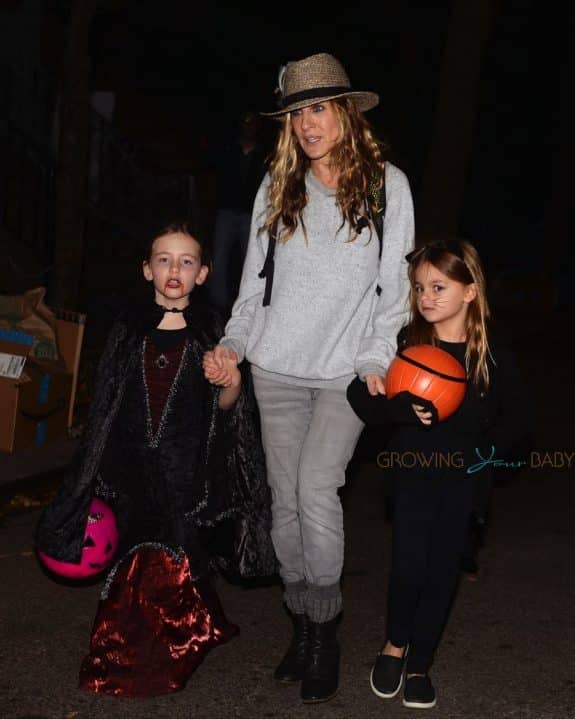 Sarah is back on the small screen as Frances in HBO’s Divorce.  The dark comedy series is getting mixed reviews, but we are stilling holding out hope for a third Sex and The City movie, which may be in the works!

While on CBS’s Sunday Morning, the actress was vague, but gave us hope when she said,  “I will say that the idea, it rests in the butler’s pantry. Not on the table, but somebody is holding it fairly nearby.”

This comes just a few months after she said there are “currently no plans” to bring SATC back for a third round so we are moving the right direction!