Girls day out! Sarah Jessica Parker and her nanny were photographed out for a stroll with the actress’ twins Marian and Tabitha in the West Village on Wednesday. 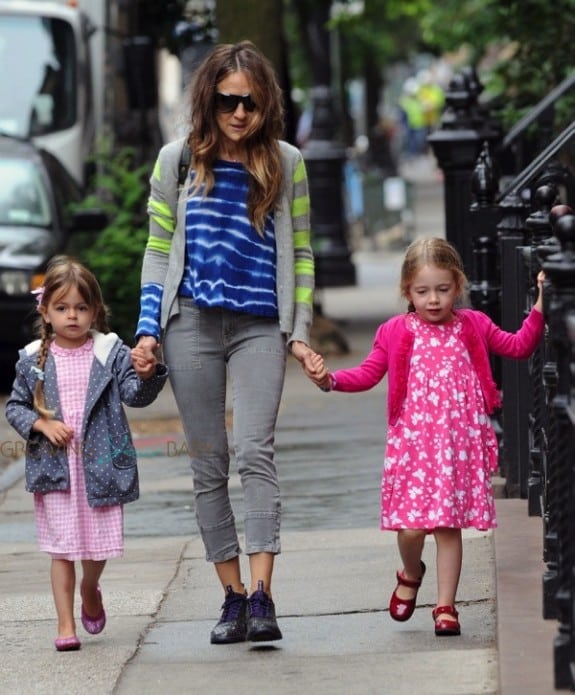 As always Sarah’s girls were cute in printed dressed and matching sandals.  Their day out appears to have taken them past a flower stand or a well producing bush as Loretta carried flowers as they made their way through the city. 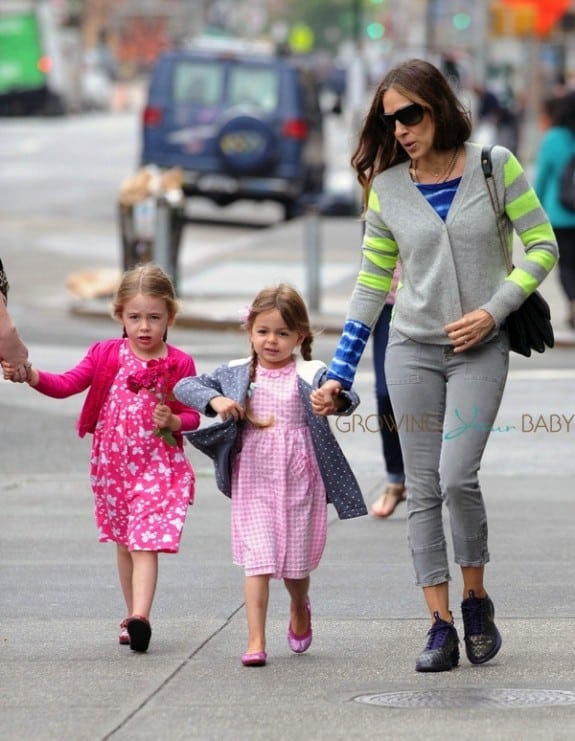 The night before Sarah attended amfAR’s Fifth Annual Inspirational Gala at the Plaza Hotel in New York City where she presented HBO with the prestigious Award Of Inspiration.

Since welcoming the twins 5 years ago the actress has really slowed her workload to be home with them  It has been announced, however, that she will star in Wild Oats, a story that follows a woman who is mistakenly given an extra $891,000 thanks to a computer error at the social security office.

It was recently revealed that Sarah is set to step in for Demi Moore for the role, and will star opposite Shirley MacLaine, Jessica Lange and Alan Arkin.