Sarah Jessica Parker’s twins Marion(Loretta) and Tabitha were photographed having a blast in the snow on Monday January 25th, 2015. 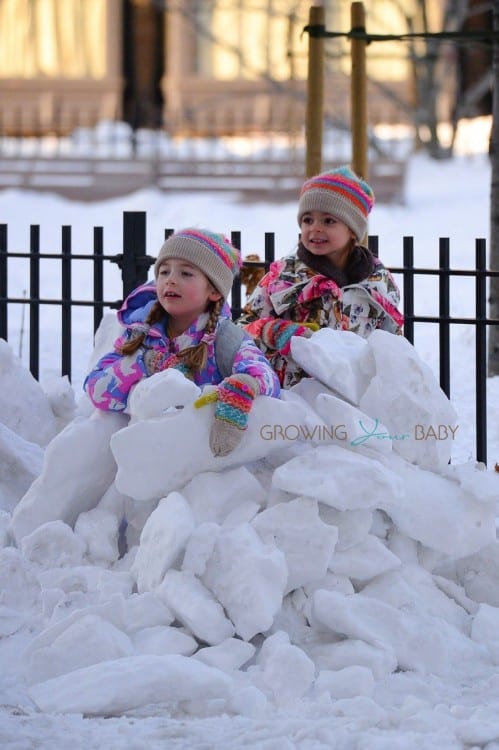 Just a couple days after New York City was hit with Storm Jonas, the girls took advantage of the fluffy snow and built a fort.

On their way to school, the girls stopped to pose with a big snowman that a fellow New Yorker built on the side walk.  Cheese! 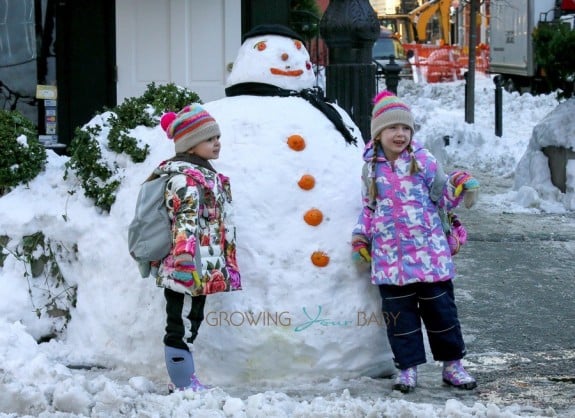