Home » Save The Children: One in Three Women Give Birth Without Expert Help 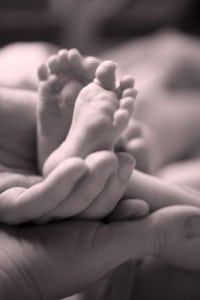 UK based charity Save the Children has brought into light the grave news that 48 million women around the world give birth each year without any expert help. This report also estimates that if the global shortage of midwives was met, 1 million babies could be saved each year.

The charity found out that worldwide 1000 women and 2,000 babies were dying every day from birth complications that could have been easily prevented. It also said that if the shortage of 350,000 midwives was met, it would mean saving at least 1 million precious babies.

The charity has urged world leaders to take notice of the situation and improve birthing conditions for women. The results show higher scarcity of skilled medical staff in poorest countries and therefore the women from these nations were most likely to lose their baby during childbirth or die during labor. They found that most babies were dying from lack of oxygen rather than diseases like malaria.

It has been found that in countries like Ethiopia 94 percent of the women deliver without medical help while in England the figure is just 1 percent. In the UK where there are 749,000 births annually, there are 26,825 working midwives, while in Rwanda where 400,000 babies are born a year there are only 46.

Additionally, Afghanistan had the highest infant mortality rate with 52 babies in every 1000 dying. Here women faced 1 in 11 risk of dying during pregnancy and one in five kids died before turning five. They also found out that many babies in Afghanistan also died of traditional malpractices like placing the baby on the floor.

Justin Forsyth, chief executive of Save the Children, said “It doesn’t have to be complicated: someone who knows how to dry a baby properly and rub its back to help it breathe can make the difference between life and death. No child is born to die.”

He also believes world leaders have to strongly work on saving these lives.

“World leaders pledged to do just that last year, but now they need to deliver the funds and political will to support this pledge. Without it, mums and babies will continue to die needlessly every day,” he said.