Home » SC Johnson To Phase Out a Phthalate From Products 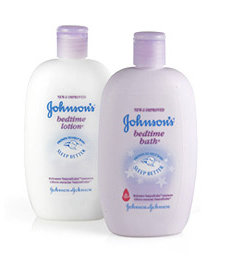 SC Johnson has announced that it plans to phase out a type of phthalate, a class of industrial chemical, from its fragrance products over the next two years.

Last summer they started working with their suppliers to phase out DEP, a common phthalate, from fragrances in its products.

Other phthalate compounds have been found to interfere with reproductive hormones when absorbed through the mouth or skin. A federal law, which took effect last month, has banned six types of phthalates — primarily used to soften plastics — from toys.

On its Web site, the U.S. Consumer Product Safety Commission notes that other unbanned phthalates — like DEP — may be used in children’s toys and other products.

In a statement, SC Johnson Chief Executive Fisk Johnson said DEP has raised concern among consumers, although he noted that it has not been found to be unsafe.

Small amounts of DEP are used in fragrance manufacturing to help scents last longer, SC Johnson said. It is the only phthalate used in its home cleaning and air care products.

“At the end of the day, we will consider making a change if it’s really important to the families that use our products,” Johnson said.

Studies in animals and people have linked to serious health problems.

It is a big step forward that companies are recognizing that there may be a problem and are changing the way they make their products.