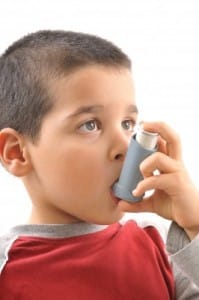 Asthma is still somewhat of a medical mystery. Little is known about why it develops, how it constricts the body’s airways, why it goes away for about half of all sufferers but not all, or why it is that different patients respond differently to the same treatment. But science is now one step closer to being able to tell which patients will grow out of asthma and which will carry the condition on into adulthood.

Published in the June 28th online version of the journal The Lancet Respiratory Medicine, researchers from the Duke University of North Carolina have used the advancement of genome study to look for similarities among those that carry asthma on through their adulthood. They also used information from two large databases: the New Zealand Dunedin Multidisciplinary Health and Development Study, a unique sample of 1,000 individuals who went through extensive measurement of asthma symptoms and its related traits that were followed through the first 40 years of their life, and the GABRIEL Consortium, the largest ever genome-wide association of asthma, which included more than 26,000 participants that were followed from birth to their 30’s.

When compared with those with a low risk genetic score, those with higher scores were more likely to have severe asthma symptoms. They missed more days at work or school because of their condition, and they were admitted to the hospital more frequently because of their asthma.

What was most interesting about this study is that it was even more likely to give information about asthma risks in the participants than family history. However, the researchers say that, while the study does indicate that it’s possible to use a genetic risk profile to determine which children will grow out of asthma and which will not, the information is not yet ready for the general public.

According to Medical News Today, lead author Daniel Belsky, a National Institute on Aging Postdoctoral Fellow at Duke University Center for the Study of Aging and Human Development said in a statement that the predictions “are not sufficiently sensitive or specific to support their immediate use in routine clinical practice.” However, he did add that “as additional risk genes are discovered, the value of genetic assessment is likely to improve.”