Back in 2005, researchers in Japan discovered a protein on the surface of sperm that helped it recognize the egg it needed to fertilize. They named it Izumo, after a Japanese marriage shrine. Recently, UK researchers discovered Izumo’s mate – the protein on the outside of an egg required to ensure fertilization. 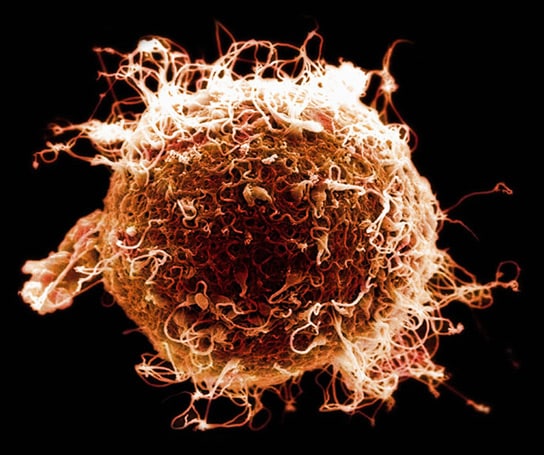 Named after the Roman goddess of fertility and marriage, Juno, researchers say the discovery of this protein could help in the development of better fertility treatments as well as new contraceptives to help prevent unwanted pregnancy.

“We have solved a long-standing mystery in biology by identifying the molecules displayed on the sperm and egg which must bind each other at the moment we were conceived. Without this essential interaction, fertilization cannot happen,” Dr. Gavin Wright, leader of the Institute’s Cell Surface Signaling Laboratory, told Medical News Today.

Wright and his fellow researchers started out by developing an artificial version of Izumo. It was used to detect any possible binding partners on the surface of a mouse egg. After several attempts, they discovered that Izumo bound to folate receptor (Folr4). This would be the protein later renamed Juno.

At first, the interaction between Juno and Izumo had been difficult to detect.

“The binding of the two proteins is very weak, which probably explains why this has remained a mystery until now,” Dr. Enrica Bianchi, also from the Cell Surface Signaling Laboratory, told Medical News Today. “Previous work in the laboratory led us to expect the interaction to be weak, and this then guided the design of our experiments, and, after a lot of effort, it finally worked.”

Once it was found, the researchers then engineered a strain of mice who lacked the Juno protein on the surface of their eggs. Tests proved these mice to be infertile; their eggs did not fuse with sperm. This proved that Juno is essential to female fertility.

Researchers then tested the male protein by breeding mice to lack the Izumo protein in their sperm. Again, they found that the protein was essential to fertility.

Even more interesting is the fact that, once fertilized, the eggs shed their normally abundant Juno layer very quickly; within just 40 minutes of fertilization, it is nearly undetectable. Researchers say this shedding is essential to the embryo’s survival; if more than one sperm were to fertilize the egg, there would be too many chromosomes and the egg would die. The shedding of Juno ensures this doesn’t happen.

If, however, the protein is not present, fertility specialists may be able to better tailor their treatments to couples seeking fertility help, saving time, frustration, and even money. The team is now screening infertile women to see if they are lacking this protein, possibly to help test their theory of improved treatments for women suffering from infertility.

“So if this Juno protein is missing in infertile women, what we can do is perform a very simple genetic screen test that isn’t invasive,” Wright said. “This then would allow us to guide fertility treatments so the women can proceed directly to a procedure called ICSI, or Intracytoplasmic sperm injection, rather than going through previous rounds of normal IVF treatments, and that saves a great deal of expense when you go through these rounds of infertility treatments.”