The search for the causes of autism has been grueling, at best. This is due, in part, to lack of technology and families unwilling to be genetically tested. But, little by little, researchers are making headway, and now, researchers from more than 50 laboratories can say that they’ve identified more than 100 mutated genes responsible for autism. 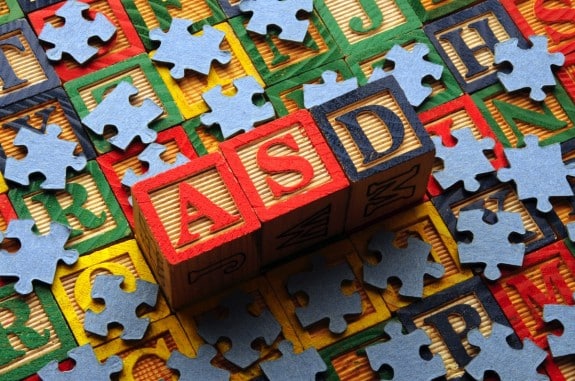 That’s dozens more than we had before!

According to researchers at Cold Spring Harbor Laboratory, many of these mutations (about 30 percent) crop up spontaneously—meaning they are not passed down from either of the parents to their children. One group of such mutations contribute to autism in high-IQ, high-functioning boys, one study found. Another study found that autism in girls and boys with low-IQ are influenced by an entirely different group of genes.

This was all determined when Ronemus and his colleagues tested the genes of more than 3,000 people—parents of children with autism as well as the affected child and their unaffected siblings. It was this comparison within families that helped them determine which mutations were inherited. Once genes were compared among family members, they were then compared alongside other participants to see which mutations were shared in people with autism.

All of the testing was done by looking at less than 2 percent of the human genomes—the part involved in making proteins. This enables them to test and compare genes faster. And, as they do more testing, they suspect that they will come up with hundreds more mutations.

“There’s somewhat of a mechanism difference in the genes that are being hit and the way that gene function is being changed,’ Michael Ronemus, a researcher at Cold Spring Harbor Laboratory and author on one of the studies, published in Nature, told NPR. “What we’re really discovering is where to look.”

And knowing where to look just might help to better tailor the best treatments for children with autism.

“If we have better genetic screening when a child is diagnosed with autism, we might be able to say here is the behavioral intervention they need,’ Ronemus said. “We already know that if you intervene early on, you can produce a more optimal outcome.”

But, because many of the mutations do affect the same biological functions, there won’t be as many treatments as there are genetic mutations. Unfortunately, until more people take part in the research of genetics of autism, it may be hard to really do that because, the bigger the pool, the easier it is to identify the mutations and hopefully move forward with better treatment options.