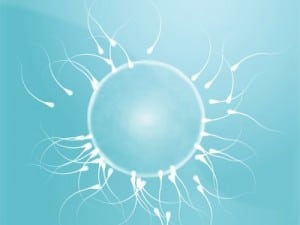 It is a known fact that women in their late 30s or 40s find it difficult to get pregnant and have more pregnancy related complications than younger women, but until now the reason behind why some women produce abnormal eggs was not known. Scientists from Newcastle University have tried to understand the reason for the anomalies which has been published in the new edition of Current Biology.

Older women have a much higher risk of producing abnormal eggs that may increase the chances of infertility, miscarriage and birth defects like Down’s syndrome. Scientist have known for a long time that these difficulties were due to the wrong number of chromosomes found in the eggs, but they were uncertain about the reason for such anomaly.

Lead researcher Dr Mary Herbert, at Newcastle University and Newcastle Fertility Centre studied the eggs of young and old mice and found that the protein called cohesins that helps with binding the chromosomes together inside a ring like structure, start to decrease in women as they get older.

All cells in a human body usually have two copies of each chromosome. In sperms and in eggs the cells have to lose one copy of the chromosome during fertilisation so that the resulting new cell has the normal set of two.

During the study, it was observed that the protein cohesin that binds a pair of chromosome together in cells is reduced in older women. Due to this, the chromosomes are not bound properly so when the time comes for the eggs to halve their chromosome number, some become trapped and cannot divide resulting in an abnormal egg.

Dr. Herbert and her team are now trying to find out why the protein cohesin is lost with age and if the loss can be stopped.

“If we can understand this, we will be in a better position to know if there is any possibility of developing interventions to help reduce Cohesin loss. Undoubtedly, the best way for women to avoid this problem is to have their children earlier.”