A very pregnant Kourtney Kardashian and her partner Scott Disick were spotted enjoying some couple time together at a restaurant in Los Angeles on Monday. 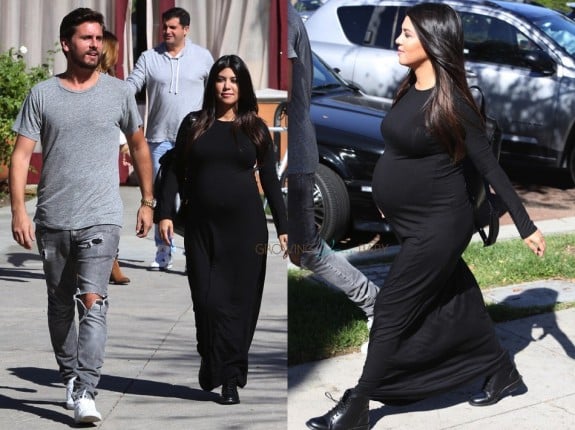 Now seven months along with her third child, Kourtney was beautiful in a black belly hugging dress and leather boots.

Rumored to be another girl,  the reality star told E!News that she and Scott have “some ideas” for a name, but Kourtney noted that she is “stuck.”

“I want to wait until the baby is born,” she said

A popular question, from many is also will she and Scott get married?  The mom-to-be admits she doesn’t know if that will happen, but admitted that while attending Scott Sartiano‘s wedding this weekend[with Kim and Kanye] she realized how uneasy the how event makes her.

While Kourtney described the nuptials as “beautiful,” she also said, “It makes me so nervous to see people walking down the aisle and just the nerves that go with it.” 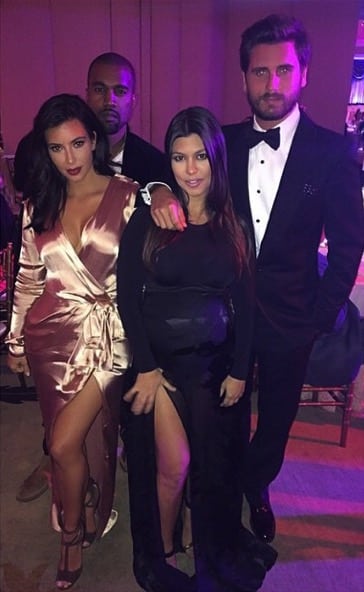