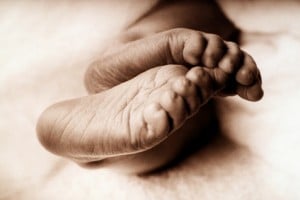 It appears that the I-95 is making a name for itself as the place to have a surprise delivery after 2 babies, born 5 days apart, made their arrival at the side of the Interstate this week.

Yesterday, the Fire Department dispatcher received a call at 6:44 am from a couple who were frantically trying to make their way to the hospital, when they were forced to pull over to the side of Interstate 95 near Benfield Boulevard in Millersville.

The dispatcher was forced to coach a concerned and overly excited father on how to properly delivery his newborn. The medics arrived shortly after and transferred the newborn and mother to Anne Arundel Medical Center. The identity of the baby and parents remain unknown.

Last Tuesday Matt Strasser was forced to pull over to the side of Interstate 95 when his wife Dayita told him that he needed to pull over because their son was eager to be born, hospital or no hospital.

More and more parents are making the news with their unusual birth stories. In the last couple weeks we’ve had a baby arrive in a hospital parking lot, at the Provincial Court Building in Saskatoon and in the backseat of a car during a snowstorm! – Jeff, Staff Writer