Last year, a four-year-old girl gave the world hope for an HIV cure. Born with the virus in her system, the girl had been treated with an early and aggressive course of anti-retroviral drugs. For a while, the little girl dropped off the proverbial health care map; when she returned, doctors could find no trace of the virus in her system. This prompted a clinical trial as well as some doctors trying to course on other HIV positive children. 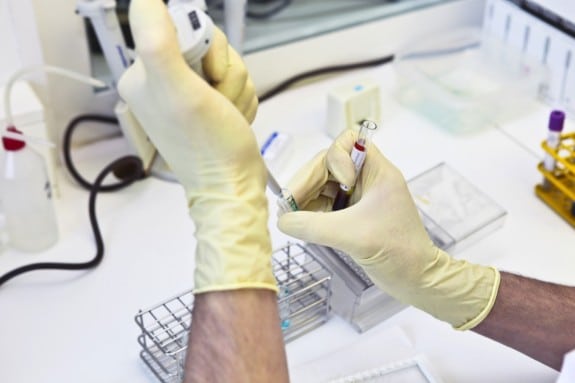 Unfortunately, the treatment isn’t working out quite like everyone hoped.

Earlier this year, the virus returned in the little girl. And another child, treated in Italy with the same sort of early and aggressive treatment, was found to have the virus back in his system just two weeks after going off the antiretroviral treatment.

The boy from Italy was given antiretroviral drugs within just 12 hours of his birth. Doctors continued to administer the drugs until he’d gone three years of having the virus undetectable in his system. At that time, with the agreement of his mother, doctors stopped the treatment. But doctors told The Lancet on Friday that, despite the boy being “virus-free” for three years, the infection became apparent again after just two weeks of the boy being off the drugs.

Doctors say that the recurrence and the speed at which it returned suggests that the depleted virus had simply confined itself to remote corners of the boy’s body. As soon as the antiretroviral treatment was stopped, the virus bounced back and made itself known again.

Professor Mario Clerici, a doctor on the team at the University of Milan and the Don Gnocchi Foundation, who has been treating the boy, said that, while the return of the virus is disheartening, there really aren’t any other options for repressing HIV other than the antiretroviral drugs; as such, the boy will go back on them unless a cure can be found at some time in the future.

“We cannot achieve a cure of HIV, so we should try and contain the disease, and the only way we can do that is with therapy,” Clerici told The Lancet.

This comes as a hard hit to the medical community, which had planned to start clinical trials to see just how effective the aggressive treatments might have been in the general infant HIV population. Now, with both children who have received the treatment back to a detectable level of the virus, they will have to regroup and really think about what they should do next.

“Although there are a large number of antiviral medications to control HIV, a cure hasn’t been found,” Sanjaya Senanayake, an infectious diseases physician at the Australian National University Medical School in Canberra, told The Guardian. “At the time of stopping the antiviral medicines, the child’s immune system was still responding as if HIV was present even though the virus was undetectable. And within two weeks of stopping treatment, the virus became detectable. This case shows that the undetectable HIV in the blood does not mean that the body is free from virus and that there is still some way to go before a cure is found.”

The only child that has ever remained HIV free after any form of treatment was Timothy Brown, otherwise known as “the Berlin patient.” In 2008, Timothy received a bone marrow transfer after being diagnosed with leukemia. Doctors opted to use a donor that had a natural immunity to HIV—an immunity that is rare, but possible. He’s since been clear of the virus and doctors are now running clinical trials to investigate whether or not immune cells modified to carry natural resistance to HIV can be infused into patients to help treat the infection.