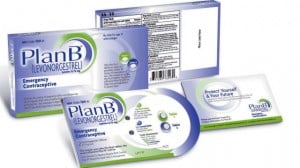 Though the morning-after pill will soon be available over-the-counter to all women, researchers say that better access isn’t going to solve the issue of unwanted pregnancies in America. And while the reason for this is still unknown, they do have a few ideas.

Approximately half of all pregnancies in the U.S. are unintended; many of them are experienced by teenagers. Teenagers are already at risk for complications because their bodies are less prepared for carrying and delivering a baby, but poor pre-pregnancy health and delayed prenatal care can lead to even further complication. What’s more, this issue is not limited to teenagers alone – mothers of all ages, and their babies, are often at risk when a pregnancy is unintended.

Last week, the Food and Drug Administration decided that women would no longer need a prescription to gain access to the morning-after pill. Soon to be sold over-the-counter, even teenagers under 17 will be able to purchase the birth control pills without identification. Unfortunately, though the change should increase the use of contraceptives across the country, the rate of unintended pregnancies is unlikely to change much.

“Several studies have shown that, even when emergency contraceptives are made more available and financial barriers are removed, there’s no impact on intended pregnancy,” Dr. Eve Espey, chair of the committee on underserved women for the American Congress of Obstetricians and Gynecologists and a professor at the University of New Mexico School of Medicine, told NPR.

Though the reason for this is unknown, Espey says that part of it has to do with the fact that not all women use emergency contraceptives every time they have unprotected sex.

The morning-after pill that will be sold over-the-counter delays or inhibits ovulations, and it must be taken within three days of unprotected sex. There will still be one prescription form of the pill that extends that time to five days, but that’s still a very short period of time.

Another theory is that some have been too optimistic about the potential of the morning-after pill; it prevents up to two-thirds of unwanted pregnancies – not all of them. But there is an option that more effective, despite the fact that it’s less discussed.

IUD’s, or intrauterine devices, prevent up to 95 percent of all pregnancies. What’s more, they last for up to 10 years. Should a woman decide she’s ready to start having children, she can have it removed. Unfortunately, there are still some barriers with IUD’s – the biggest one being cost since a doctor has to insert and remove the device. Still, there’s something to be said about birth control that you don’t have to put much thought into.

“That’s the greatest advantage to long-acting IUD’s. You set it and forget it,” Albert said.