Selma Blair is ready to deliver any day now, but that hasn’t stopped the actress from heading out and taking care of things. On Wednesday, Selma was seen out running errands in Studio City, California. 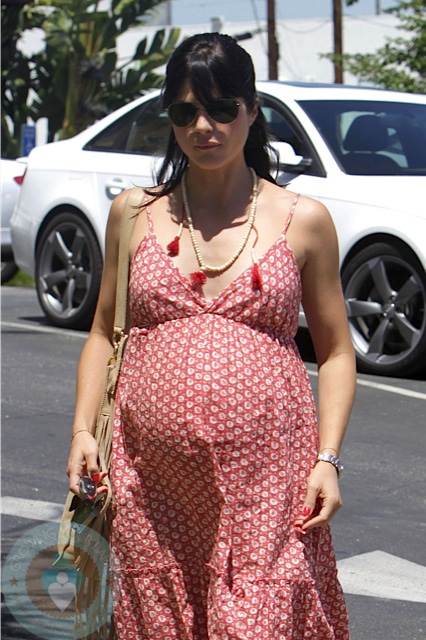 Wearing a flowing summer dress, she was in good spirits while enjoying a sunny California day.

Selma has been taking a hiatus from her film career during her pregnancy, but she has several movies set for release that she completed production on before becoming pregnant. Look for A Different Kind of Love and Dark Horse in theaters this year.

As for her pregnancy, she recently spoke about her cravings in an interview saying,

“For a while I was craving things that were really sweet, but I don’t eat sugar so it’s difficult. I crave a lot of fruit and I eat far too much dairy, which I didn’t eat before I was pregnant and won’t eat after I give birth, but ‘’m enjoying it now.”

This Hollywood actress is positively glowing in the final days of her pregnancy.