One Colorado kindergarten class has an incredibly rare and unique characteristic about them – they have two sets of multiples in the same class!

The two sets of multiples – the Denny quintuplets (3 girls, 2 boys) and the Langenbahn quadruplets (4 boys – 2 sets of identicals) – make op nine of the 25 children at the Prairie Hills Elementary School.

“It’s definitely unique,” said teacher Melissa Coleman, who has 4-year old twins of her own at home.

So far, things are going well in Mrs. Coleman’s class. Tuesday was the only the fifth day of school and the kids are already branching out and making new friends.

“I try to have them meet a new friend everyday. They usually come home and say mom I met my new friend today,” said April Langenbahn, mother of the quadruplets.

During class activities, Mrs. Coleman encourages the siblings to sit at different tables and to play with other children, just as she does with preschool or neighborhood buddies who land in her classroom together. But the challenge of educating multiples twins and up won end in her classroom. 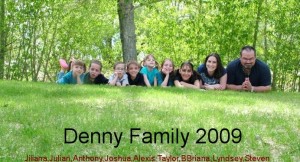 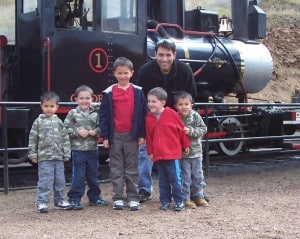 The school plans is to work closely with the parents this year to help them decide if they want to keep their multiples in the same class next year.

Both moms said they think they will probably put their kids in different classrooms after this year, at least to some extent maybe splitting them up three and two for the Dennys and two and two for the Langenbahns.