Home » Shakira and Her Boys Support Dad Gerard from The Sidelines!

Shakira debuted her adorable son Sasha on Saturday when she brought her two sons to watch their dad Gerard Pique play soccer against Valencia CF at Camp Nou Stadium in Barcelona. 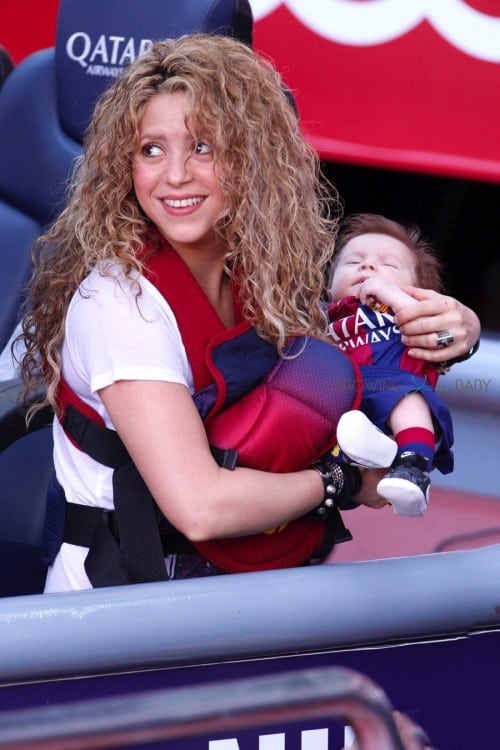 The singer dressed her two boys in matching Barcelona FC  jerseys, complete with a team baby carrier for Sasha, as they rooted on their dad from the sidelines. 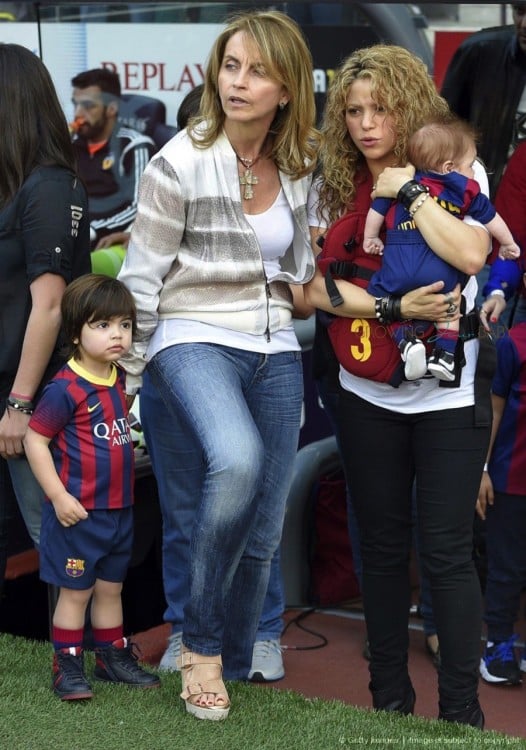 The proud papa was photographed carrying his boys, Milan and Sasha onto the field after their 2-0 victory against Valencia. 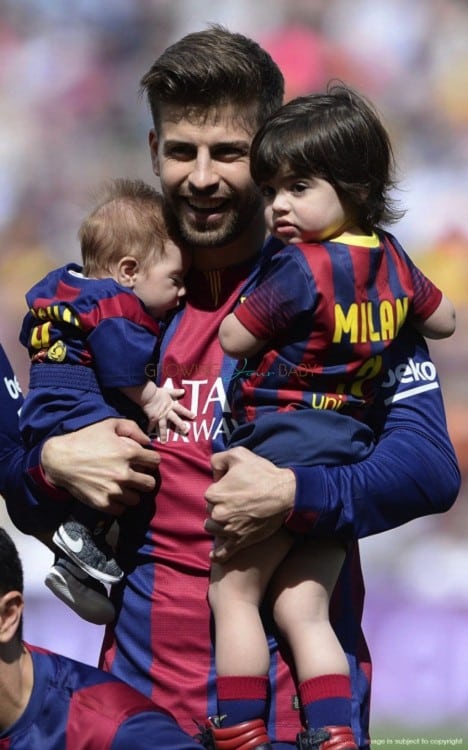 Shakira, who welcomed her second son on January 29th, shared the first picture of the infant this week on Facebook and a note that said,

‘Sasha out for a stroll!’ 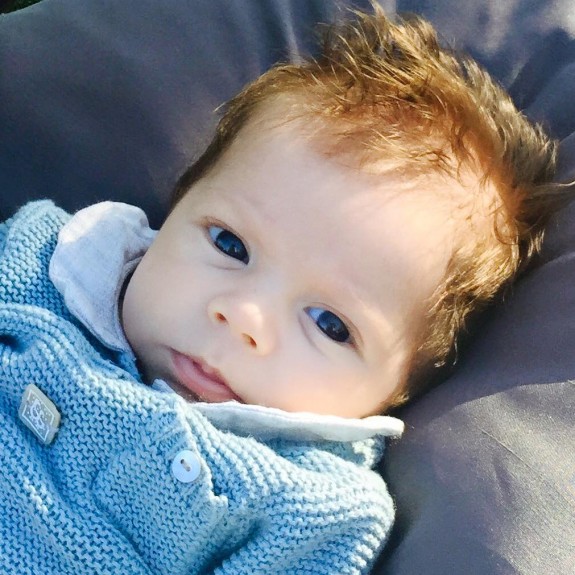 FC Barcelona will square off against Paris SG on Wednesday in Barcelona in the Champions League Quarterfinal. Hopefully his cheering section will in the stands again!