Home » Shakira And Gerard Pique Arrive In Miami With Their Boys

Shakira and Gerard Pique were all smiles as they arrived at Miami International airport on Wednesday July 6th, 2016 with their two boys Milan and Sasha. 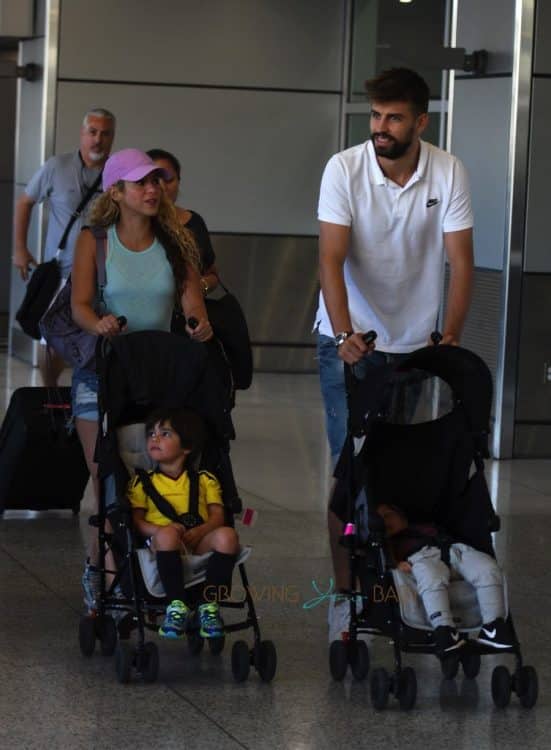 Each parent pushed a child in a stroller as they made their way through the terminal. 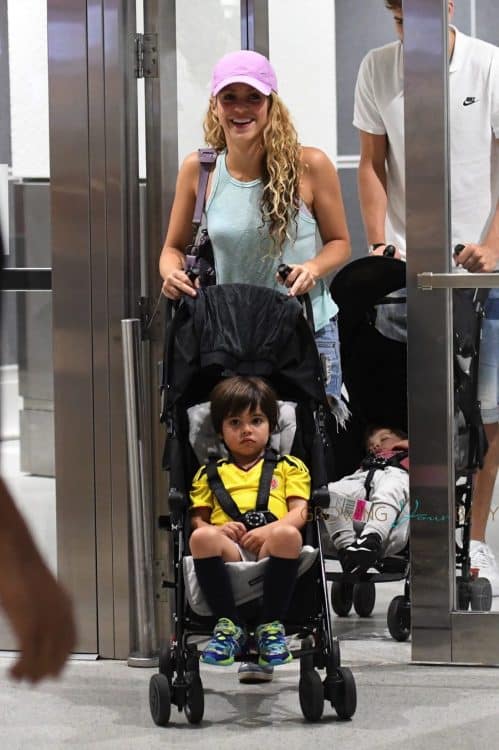 The long trip over from Spain was a tiring one for Sasha, who was out for the count in his stroller. 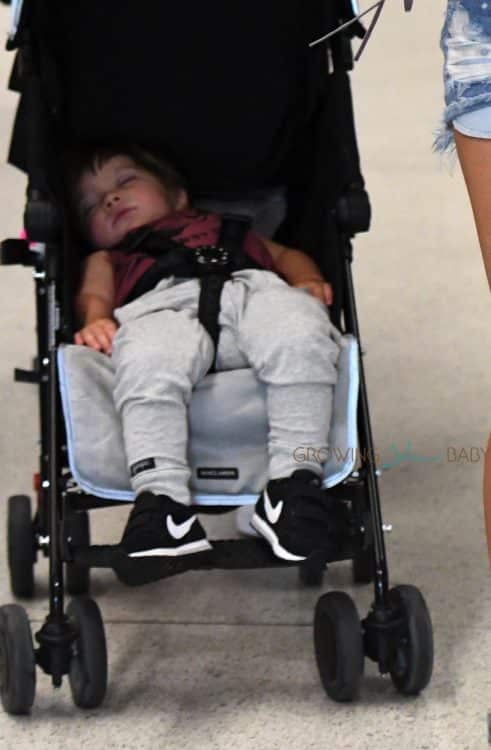 Gerard is officially on vacation after his team was knocked out of the European championships last week by Italy.

Shakira and the kids were in the stands to support him, but were left disappointed after the loss.

The singer posted a photo of herself and her son with the same pout along with the caption, ‘Wonder where he gets it from…”