Home » Shakira & Her Boys Cheer Her Husband On!

Shakira was spotted in the stands with her boys Milan and Sasha at the La Liga match between FC Barcelona and Real Sociedad de Futbol at Camp Nou on November 28, 2015 in Barcelona, Spain. 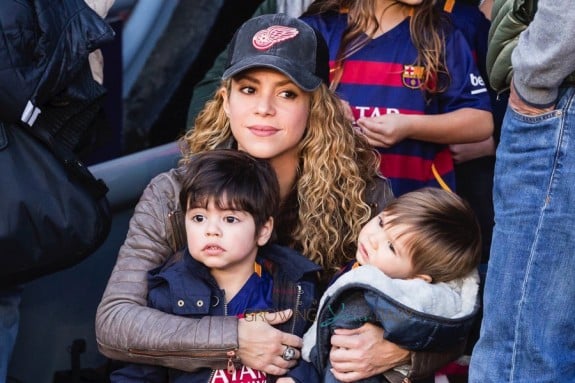 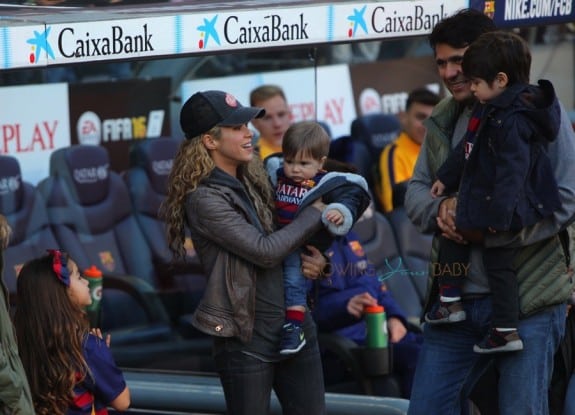 While dressed in FC Barcelona Jerseys, the boys cheered their dad on with the help from the singer’s family.

After the game Gerard proudly posed with his boys along the rest of his team for a victory photo.  The team’s win solidifies their position at the top! 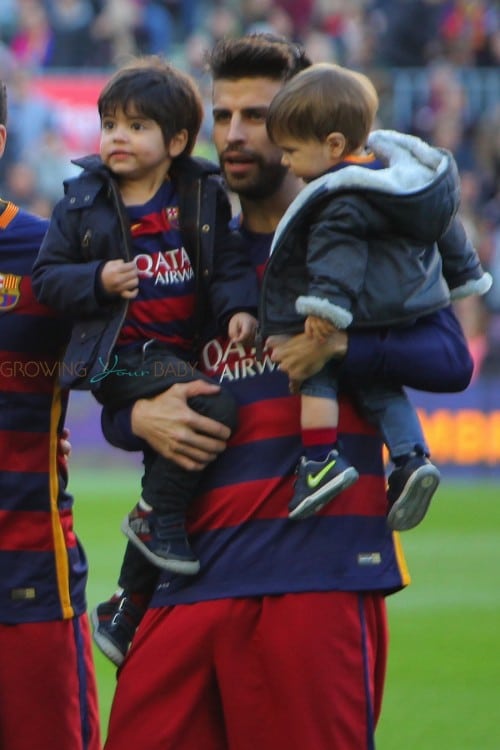