Mama on the go! Singer Shakira was photographed out for a stroll in Barcelona with her son Milan in Barcelona. 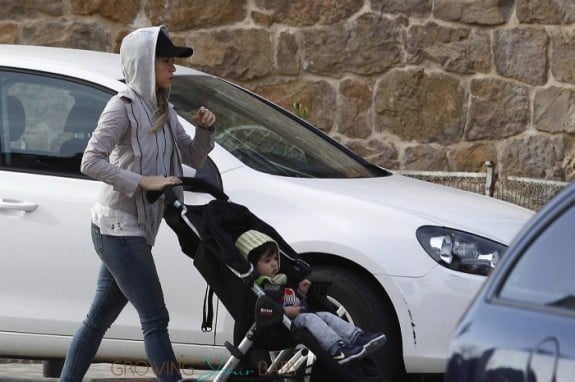 The pair visited Tibidabo Church with friends and family where the Colombian pop star could be seen running around after her little man. 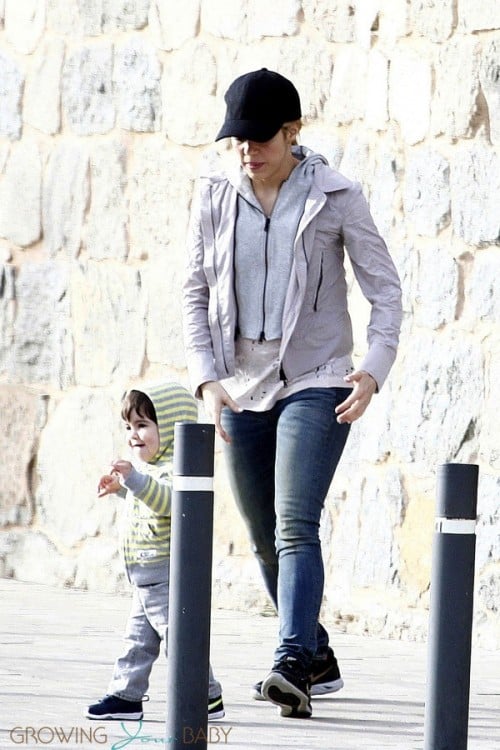 Currently a judge on NBC’s vocal show The Voice, Shakira recently revealed that she probably wouldn’t have gotten very far on the show had she competed when she was just starting out.

“I would probably get kicked out the first week,” Shak said. “I think that 20 years ago, if there would have been a show like ‘The Voice,’ I don’t know if I would have made it to the finals.”

Sixty million albums later, we are sure that the singer would come out on top if she competed today.