For some time now, we’ve known that women are waiting longer to have children. Some of them do so to jump-start their careers. Others want to ensure that they are financially stable enough to support a child. Still others are changing relationships later in life and want to have children with their new partner.

Whatever the reason, the increase in older women having children is starting to cause some serious concerns among health professionals – especially where women over the age of 50 is concerned. 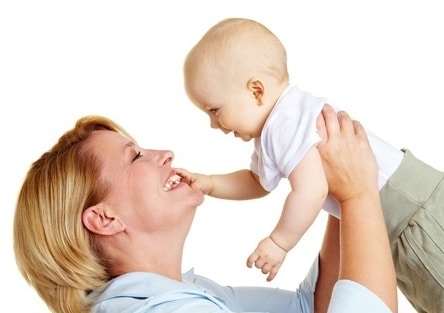 According to health ministers in the UK, the number of women having children over the age of 50 has increased drastically over the last five years. In fact, around three children are born to a mother in her fifties each week, according to the latest figures; that’s double what the numbers were just five short years ago.

The biggest ‘cause’ behind the increase?

“This doubling of births to over-fifties isn’t something which would have happened naturally, as there’s no way there has been that significant a change in natural menopause in the past five years,” Josephine Quintavalle of Comment on Reproductive Ethics, told Daily Mail UK.

Carole Hobson, Britain’s oldest mother of twins at age 58, is one of those women that used IVF to conceive. She went through four failed attempts in the Ukraine and Cyprus and spent more than £20,000 before finally delivering twins Frieda and Matthew via emergency Cesarean on Christmas Eve in 2010. Weighing in at 3 pounds, 3 ounces each, the twins were born nine weeks prematurely and spent two months in NICU. Despite all the complications, the qualified barrister from Kent stands by her decision.

“In Britain, we need to be better at providing for women who want to be mothers later in life,” Carole told Daily Mail UK. “It is an indescribable joy, but it’s non-stop – it is like a full-time job.”

Even celebrities are opting to have babies later in life. Shameless actress Tina Malone, who gave birth to her daughter Flame at the age of 50, traveled to Cyprus for IVF treatment. And Desperate Housewives star Marcia Cross gave birth to twin daughters at the age of 44.

Some people find that this is unethical. In fact, a survey of more than 2,000 people across the UK last month found almost three-quarters of people feel that women should not receive IVF to help conceive beyond their natural childbearing years. A total of 31 percent of this same group felt that the current age limit of 42 on IVF is too old. In fact, a quarter of them said they believe women should stop trying to have babies after they pass the age of 40.

Of course, not everyone feels this way. Some believe it should be up to the family to decide when to have a baby. Still, there’s one fact that cannot be ignored, no matter which side of the argument you sit on: older women and their babies face more complications.

“The older the mother, the higher the risk of complications,” Quintavalle said. “Having a child at such an old age also has implications on the time these mothers will have to enjoy being a grandparent.”

“There are increasing numbers of older women who are having babies, and these women tend to have more complications than younger women,” Louise Silverton, director for midwifery at the Royal College of Midwives, told Daily Mail UK. “This is more pronounced as women have babies at increasingly greater ages. Older mothers are more likely to have increased rates of miscarriage and ectopic pregnancies and genetic problems in the child and other issues such as high blood pressure, diabetes, and problems with the placenta.”

But, despite the concern, the NHS is doing its part to try and compensate for the higher care needs of these older mothers and their children.

“Every women, no matter what her age, deserves the best possible care and this is one of the reasons behind the RCM’s call for more midwives in the NHS,” Silverton said. “Because of these risks, it is crucial that these women get the right level of care, advice and support they need in their pregnancy.”

In fact, the NHS has invested in more than 1,500 more midwives since 2010, a Department of Health Spokeswoman told Daily Mail UK. They also have another 5,000 midwives in training.

“We know that more older women are giving birth now than 20 years ago and research shows that older women have a higher risk of developing complications during pregnancy and may need more support,” the spokeswoman said. “This will ensure that every mother has a named midwife who is responsible for personalized care.”