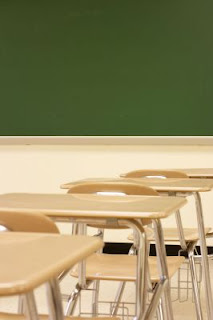 Last month my girlfriend told me about an autistic boy who had been locked in a solitary confinement room for a whole day at his Catholic School for being disruptive during class. The story was so shocking to hear, I would never have believed that this could happen anywhere else.

A Government Accountability Office report scheduled to be released today, documents the problems with the way children with disabilities are being treated in public schools, including cases of children being held face-down on the ground.

The GAO report was prepared for the House Education and Labor Committee, which is considering new laws governing what actions teachers can take to rein in disruptive special-needs students.

The GAO, the investigative arm of Congress, found that state laws governing the treatment of the more than 6 million children classified as having “special needs” — conditions including autism and Down syndrome – are patchy at best. Teachers and school staff frequently lack training in correct restraint methods, and in some cases, where improper restraints led to injuries, teachers often kept their jobs.

Only five states keep track of incidents where special-needs students are separated or restrained. Parents contacted by CNN commonly said they were not told their child was being disciplined until he or she began to behave badly at home — a sign of trouble at school.

Some of the most disturbing reports concerned the use of seclusion rooms. Experts have long recommended that children should only be isolated when they posed an immediate threat to themselves or others. But CNN found that isolation was often used as a punishment by teachers to compel the students to follow instructions.

State investigators in Utah found a teacher left 7-year-old Garrett Peck in an isolation cubicle for at least two and a half hours after the teacher said he told her to “shut up.”

While the boy was in the cubicle, the teacher taunted him by playing his favorite video and telling him what he was missing. His parents, Joshua and Becca Peck, said the child has an attention span of about 10 minutes, and they believe that after the first few minutes, he had no idea why he was in the cubicle.

“It was so sad. We felt it was a form of torture for him but he, being autistic, he had no way to express it,” Joshua Peck said. “He couldn’t tell.”

And Becca Peck said her son had been left in the cubicle with nothing but a magic marker — which he used to scrawl all over himself. When she came to school to pick him up, “He was covered in marker — on his eyelids, on his hair, face, clothes, arms, eyelids — everywhere.”

In one case, a New York school confined a 9-year-old with learning disabilities to a “small, dirty room” 75 times in six months for whistling, slouching and hand-waving. In another, a Florida teacher’s aide gagged and duct-taped five misbehaving children to their desks; and police say a 14-year-old boy died when a special-education teacher in Texas lay on top of the student when he would not stay seated. Police ruled it a homicide, but a grand jury rejected criminal charges.

The findings from the GAO stop short of attaching a hard number to how many children are subjected to the practices, but investigators say they found “hundreds of allegations” of abuse involving restraint or seclusion at schools from 1990 to 2009; in Texas and California, they say, public schools recorded a combined 33,095 instances in the past school year alone.

The report goes on to detail 10 children’s cases, four of which ended in death. Unlike in hospitals or residential treatment centers, there’s no federal system to regulate such practices in schools — and teachers are often inadequately trained.

I am saddened and horrified by these reports. It is hard to think that a child who already has so many confusing things happening in their head has to add this abuse to their confusion.