Home » Should Breastfeeding Mothers Be Able To Travel With Milk? 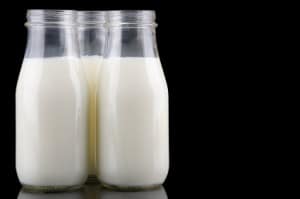 The new security requirements for traveling have made flying more difficult for everyone. For breastfeeding mothers who have to pump milk on the go, however, flying also could mean losing valuable breastmilk if their baby is not flying with them.

Journalist Erica Hill faced this first hand when airport security took her 15 ounces of pumped breast milk from her as she tried to travel. Though she had been told that flying with pumped milk was allowable, she soon learned that security only lets nursing mothers fly with milk if they have their infants with them. For mothers who are pumping while away from their infants and toddlers, this means saying goodbye to any milk they pumped while they were away.

“They took my milk,” I weakly told my husband, defeat in my voice, tears silently streaming. I knew it wasn’t personal. I knew they could have been far less understanding. And I knew there was nothing I could do.

In the efforts to prevent terrorists from bringing bombs and dangerous materials onto airplanes, few exceptions have been made. Certain liquids and materials are entirely off limits. However, mothers are questioning whether milk should be on that list. Many working mothers find themselves traveling without their families. For breastfeeding mothers, pumping and storing the milk is the best way to prevent their supply from decreasing and being able to provide that milk for their children even when they are away.

Should traveling mothers be able to fly with pumped breast milk when they don’t have their infants in tow? Is there a way that airport security can keep airplanes safe, and allow mothers to be able to provide breast milk on the go? – Summer, staff writer