Home » Should Obese Children Be Taken Away From Their Parents? 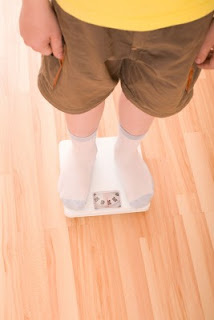 The Local Government Association in Britain has warned that the worst cases of obesity will be increasingly seen as evidence of “parental neglect,” and that social workers will have to step in to offer advice to protect the child’s welfare.

They believe that in the most extreme cases, children could be taken away from parents.

This message came after it was revealed that:

About 1 in 4 people in England is obese and considered so overweight that it threatens the person’s health.

“Councils would step in to deal with an under-nourished and neglected child so should a case with a morbidly obese child be different?” he continued. “There needs to be a national debate about the extent to which it is acceptable for local authorities to take action in cases where the welfare of children is in real jeopardy.”

Last year we met 8 year-old Connor McCreaddie who weighs 218lbs. Because his weight was 3 times the weight of most children his age he was removed from his parents home so that health officials could get his health back on track.

At that time, a doctor close to the situation believed that Colin was at risk of dying before he was 30.