The Canadian Medical Association journal recently published the research results of a study conducted by University of Montreal which states that common non steroidal anti-inflammatory drugs (NSAID) like ibuprofen could significantly raise the risk of miscarriage in pregnant women. The drugs are commonly used over the counter medicine and therefore the researchers warn that women should be very careful with the use of these medicines while pregnant. 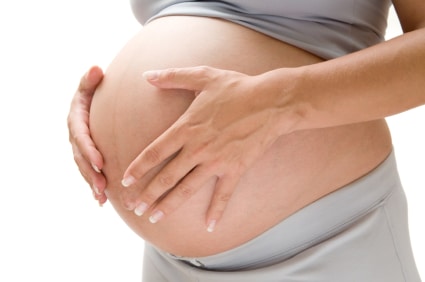 The research was conducted by Anick Berard of the University of Montreal in Quebec in 1997. It was done to determine a possible link between miscarriage and the use of common non aspirin painkillers such as ibuprofen, naproxen, diclofenac and celecoxib (Celebrex). The researchers found that the risk of spontaneous abortion increased 2.4 times with the intake of the painkillers.

According to the researcher,

“The use of nonAspirin NSAIDs during early pregnancy is associated with statistically significant risk (2.4-fold increase) of having a spontaneous abortion.”

Berard explained that the standard risk of clinically detected miscarriage is about 15 percent and the NSAID drugs raise this risk to 30 percent. She however added that using acetaminophen in the first trimester is fine.

The research team conducted the study on more than 4,700 women and found that 7.5 percent of them who miscarried had taken an NSAID at some time during the pregnancy. This was compared with the less than 3 percent of the women who had taken NSAIDS without suffering a miscarriage. Statistically, this works out to a 2.4-time greater risk of miscarrying associated with taking NSAIDS. The study involved nearly 52,000 Quebec women.

The researchers however acknowledge the fact that their research does not necessarily show direct cause and effect.

Experts have a divided opinion about the research results. Some feel that the NSAID painkillers might trigger miscarriage because they affect the production of hormones like prostaglandins. This hormone declines in the uterus during pregnancy and according to senior researcher Anick Berard of the University of Montreal , the interference of the painkillers might lead to miscarriage.

ACSH’s Alyssa Pelish however has a different interpretation to the research saying that it might be possible that a woman who had already miscarried took the painkiller to subside the discomfort caused by the process. Therefore, the painkiller might not have been the cause of the abortion.

Gideon Koren, director of the Motherisk program at Toronto’s Hospital for Sick Children also says that the research is not the final word as zeroing in on the specific risk of a drug is difficult. He cited the example of a Swedish paper that found that most women who were prescribed medications in pregnancy never took them.

“The problem is that type of study does not prove anything, but they scare the hell out of women and health professionals,” Dr. Koren said.

ACSH’s Dr.  Gilbert Ross says that women do need to take caution when safety of their baby is concerned.

“If I were taking care of a woman who was pregnant or might become pregnant,” he says, “I would advise her to take acetaminophen (Tylenol) for any pain she experienced.”

In 2003 a research conducted in California found that the use of NSAIDs during pregnancy increased the risk of miscarriage by 80 percent. The risk for miscarriage was especially high if the NSAIDs were taken around the time of conception or were used regularly for longer than a week. The researchers explained that NSAIDs suppress the production of prostaglandins, needed for successful implantation of an embryo in the womb.

Because most NSAIDs are so easily available and commonly used, most women might not even realize the potential danger their might be to the child if they are planning pregnancy or are already pregnant. Different drugs do make different changes in the body and therefore especially during pregnancy, women need to assume all medicines are potentially harmful. It is best to consult a doctor before taking any drug, even if it is a common painkiller.