Home » Should Women Not Drink In Case They Become Pregnant? 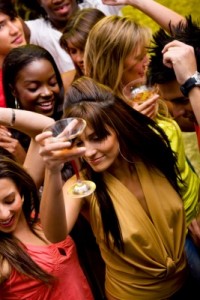 Many women know the risks of alcohol consumption during pregnancy. New guidelines, however, are encouraging doctors to talk to women about how much they drink before they even become pregnant. Is this simple health precautions, or an attempt to control women’s actions?

The risks of alcohol during pregnancy are not as concrete as some may believe. For nearly every study that shows that alcohol is too dangerous, another comes out to show that a glass or two of wine can be as safe as many other common activities pregnant women do. However, where many health care experts take the “everything in moderation” approach, the topic of alcohol seems to be one where moderation is still too much. New recommendations from the Society of Obstetricians and Gynaecologists of Canada want to take it a step farther, by cutting out alcohol even in women who may at some point in the future become pregnant.

According to SOGC president Dr. Ahmed Ezzat, the new recommendations would have doctors talk to women about their alcohol consumption before they even become pregnant.

“So this group of experts thought that it’s prudent to advise abstinence, therefore, in women who are or might become pregnant … However, at very low-level consumption, we don’t have enough evidence to say there is harm or how much (alcohol) is safe.”

Dr. Gideon Koren, director of the Motherisk Program at Toronto’s Hospital for Sick Children, says the new recommendations are aimed at women who are heavy drinkers. However, all women of child-bearing age would be questioned about how much they drink and advised to stop in the same manner that they are advised not to smoke.

However, some women balk at the idea that they should limit their lives for the idea of a possible pregnancy at some time in the future, especially if the women has no plans to become pregnant any time soon. While limiting alcohol use is a good idea for personal health and safety, recommending that all women not drink in the off chance that a pregnancy happens sounds more like trying to assert control over women’s choices than anything else.

An estimated 3 percent of Canadian children are born with fetal alcohol spectrum disorder (FASD) each year. Of the mothers who drink while pregnant, around 40 percent with have children who are diagnosed with FASD. The symptoms of this can range from mild attention problems to more serious deficits, such as reduced IQ, poor comprehension and diminished language skills.

“And in the most severe cases, fetal alcohol spectrum disorder is characterized by behavioural changes, and mostly very abrupt behaviour — aggression, delinquency, inability to follow rules, breaking rules and … very early involvement with the law.”

While FASD is a serious health concern, should women who are not pregnant abstain from alcohol completely in the chance that they may become pregnant at some point? – Summer, staff writer