Home » Should Your Toddler Be Drinking Low-fat milk?

The American Academy of Pediatrics (AAP) revised a previous recommendation that had all toddler drinking whole milk once weaned from breast-milk or formula. 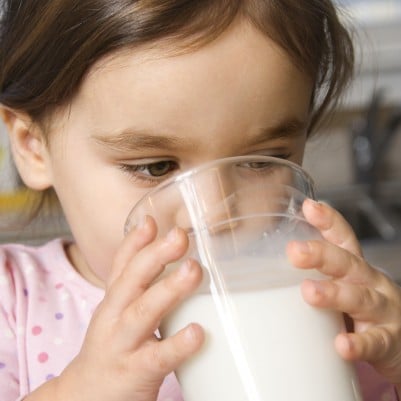 They are now saying that some babies as young as 12 months of age should be given reduced-fat (2 percent) milk instead of whole milk.

Specifically, the new recommendation states that the use of reduced-fat milk “would be appropriate” for children between 12 months and 2 years of age who are at higher-than-normal risk of becoming overweight, or have a family history of high cholesterol, obesity, or heart disease.

“Previously, the recommendation had been for children between 12 months and 2 years of age to be on whole milk,” Dr. Stephen R. Daniels noted in a telephone interview with Reuters Health. Daniels, of The Children’s Hospital in Denver, is a member of the AAP’s Committee on Nutrition that wrote the recommendation.

“The theoretical rationale for that was that children who were growing and developing may need an increased fat, and even potentially cholesterol intake, to support some development, especially neurological development,” he explained.

He continued to say that The whole milk recommendation was developed “at a time when there wasn’t the kind of concern that we have now about childhood obesity.”

It is also believed that the first cholesterol check should take place after 2 years of age but no later than age 10. If their cholesterol levels are normal, repeat testing should be performed in 3 to 5 years.