Isn’t she cute?  Sienna Miller was spotted out on Saturday morning grabbing some coffee with her daughter Marlowe Sturridge in New York City. 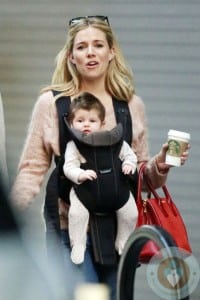 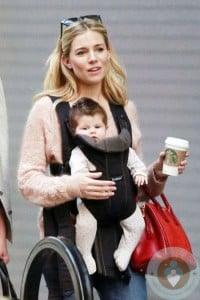 Just hours before she jetted off to the Hamptons to attend a showing of her HBO movie The Girl, the actress enjoyed a casual stroll with her baby girl while chatting with a friend.

Since welcoming Marlowe, Sienna has been busy focusing on motherhood.  But if rumors are right she may be back on set in the near future.

Deadline.com is reporting that the actress will join Channing Tatum, Steve Carrell and Mark Ruffalo in the drama the Foxcatcher.  The movie will film in D.C next week and then move to Pittsburg.  There is no word on when Sienna will start to shoot her scenes.