Cupcake cuties! Sienna Miller was photographed taking her adorable daughter Marlowe out for a stroll in the West Village on Monday, after grabbing some cupcakes from Magnolia Bakery. 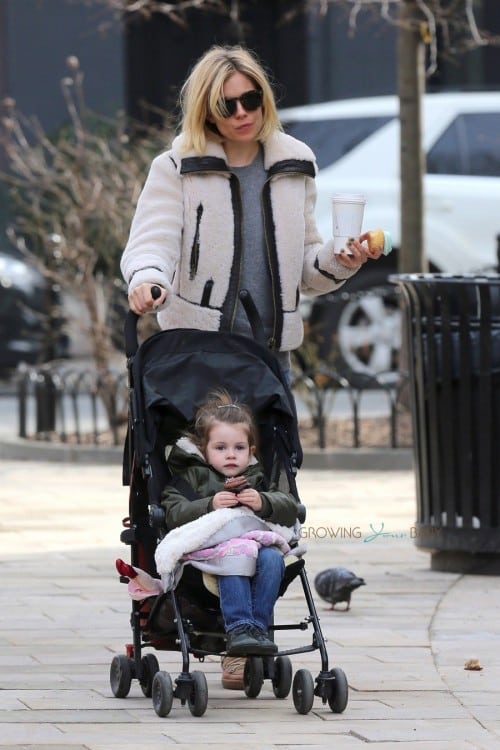 The ‘American Sniper’ actress looked chic, and cozy in a shearling jacket and snow boots, while pushing her little lady in a Maclaren Stroller.  Marlowe held on to her cupcake tightly until they found a place where they could sit together and eat them. 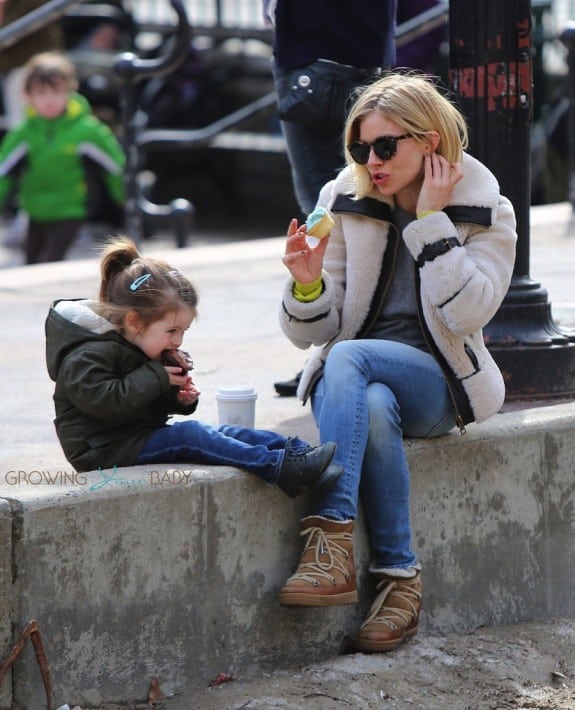